Ahead of the 2020 MotoGP season, Motorsport.com takes its annual look at the riders up and down the grid who are most in need of a big year.

For the second season running, Petrucci is the highest-profile rider to appear on this list, and that's because his situation heading into 2020 is quite similar to the one in which he found himself this time 12 months ago - with his Ducati future looking anything but certain.

Last year was a season of two halves for Petrucci, who settled into his role as Andrea Dovizioso's number two admirably at the start of the year and even upstaged his more illustrious teammate to grab what was an exceptionally popular maiden victory on home soil at Mugello. It was not long after that that a one-year extension to his contract was duly granted, which was followed by a puzzling drop-off in form.

Looking back at 2019 on the occasion of Ducati's 2020 launch, Petrucci admitted this was self-inflicted, and the root of the slump was his ambition to finish second in the championship. Instead, suffering a crisis of confidence as that goal slipped further from reach, he dropped to seventh and found himself regularly being beaten by fellow GP19 user Jack Miller, his former teammate at Pramac Ducati.

Now both Maverick Vinales and Fabio Quartararo have now both re-signed for Yamaha, Miller has to be regarded as Petrucci's biggest rival for a 2021 ride, and on the strength of last year's performances the favourite to land it. It means Petrucci will have to repeat the process of proving to Ducati he's worthy of keeping the ride, only this time with the main alternative looking that bit more enticing. Jamie Klein 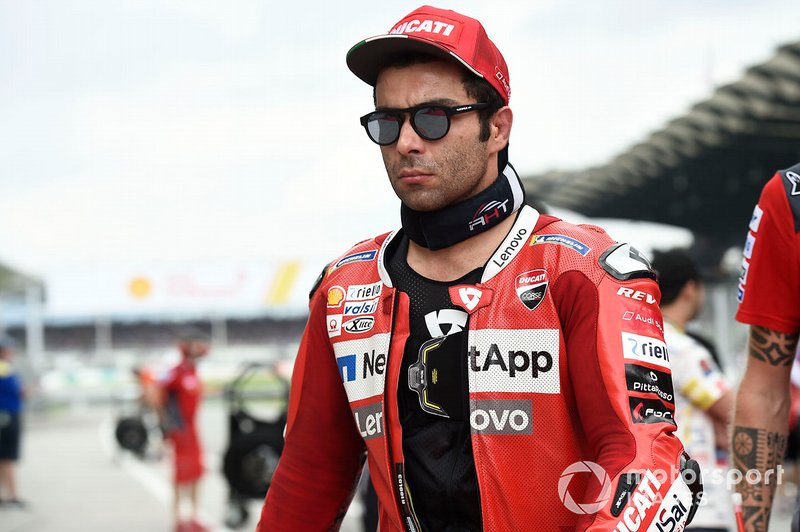 What would have otherwise have been deemed a very solid sophomore MotoGP campaign for Franco Morbidelli was diminished as the erstwhile Moto2 champion was made to look average at times by his superstar rookie teammate within the Petronas SRT Yamaha camp.

That was despite Morbidelli having an advantage in terms of machinery over Fabio Quartararo, who was riding a slightly detuned 'B-spec' M1 while Morbidelli had a bike that was on a par with works Yamaha men Maverick Vinales and Valentino Rossi. This year, Quartararo has parity, so there's a danger the 77-point gap between the Petronas teammates could widen further.

Furthermore, Quartararo goes into 2020 with the confidence of his future being secure. Morbidelli, meanwhile, does not - and it appears unlikely he'll know what his future holds until his mentor Rossi decides whether he wishes to take up Yamaha's offer of factory-supported machinery outside of the works team in 2021.

Should Rossi decide to hang up his leathers after 2020, then Morbidelli's ride would probably be safe. But if the 40-year-old does want to stick around and essentially swap places with Quartararo, all of a sudden Morbidelli could start looking decidedly expendable.

Much depends on how Luca Marini fares in Moto2, as the half-brother of Rossi would be the logical candidate to install on the second Petronas bike in what would be a marketeer's dream scenario. But unless Morbidelli can start showing he has the potential to be a works Yamaha rider in future too, the option of signing Marini might prove too tempting. JK 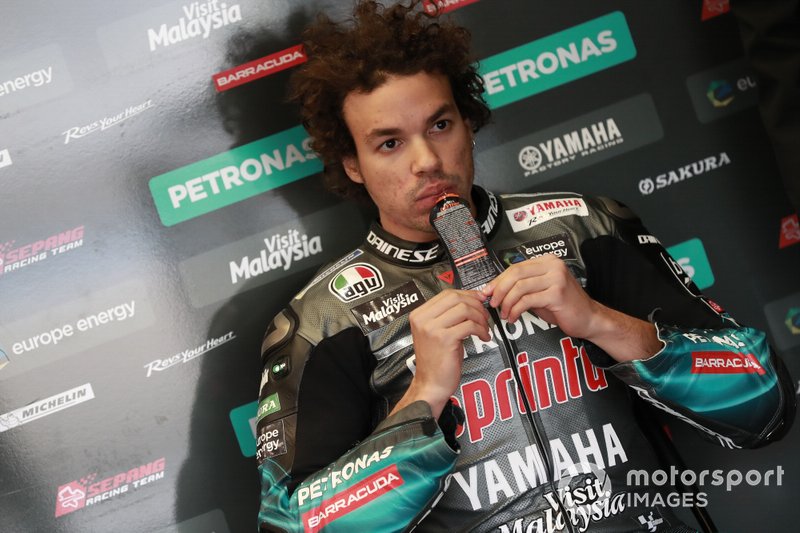 Even before his 2018 Moto2 title triumph, Rossi protege Francesco Bagnaia looked like he was one of the most exciting Italian prospects of his era, and Ducati acted accordingly, locking him down more than a year before his MotoGP debut.

He had a superb deal put together and was guaranteed a second year on a factory-spec Ducati no matter what, affording Bagnaia enough time and opportunity to develop into MotoGP's next Italian star without an undue amount of pressure being placed on his shoulders.

Fast-forward two years, and that looks far from certain: despite his undoubted pedigree in the lower classes and a fantastic laptime in the Sepang pre-season test, his rookie campaign was underwhelming. Crashes, injuries and frustration defined his season as, among the rookie class, he only beat his former title rival Miguel Oliveira, who was on a KTM and missed two more races.

It's telling that, right now, Ducati's 2021 line-up could go many different ways and yet Bagnaia doesn't seem to be part of the equation. Groomed to be Ducati's next star, he instead now has more to worry just about keeping his place on the grid as the silly season kicks into gear.

He clearly has the ability and there were times in 2019 where this was evident, most obviously at Phillip Island, where he was fourth. Bagnaia needs to show that a lot more often in 2020, and even then it will be difficult for him to stand out in a stacked Ducati line-up in which his teammate Jack Miller and even Avintia's Johann Zarco will be vying for a factory ride.

But if Bagnaia can't show that he truly belongs in MotoGP on a Desmosedici GP20, then there will be no more excuses. David Gruz 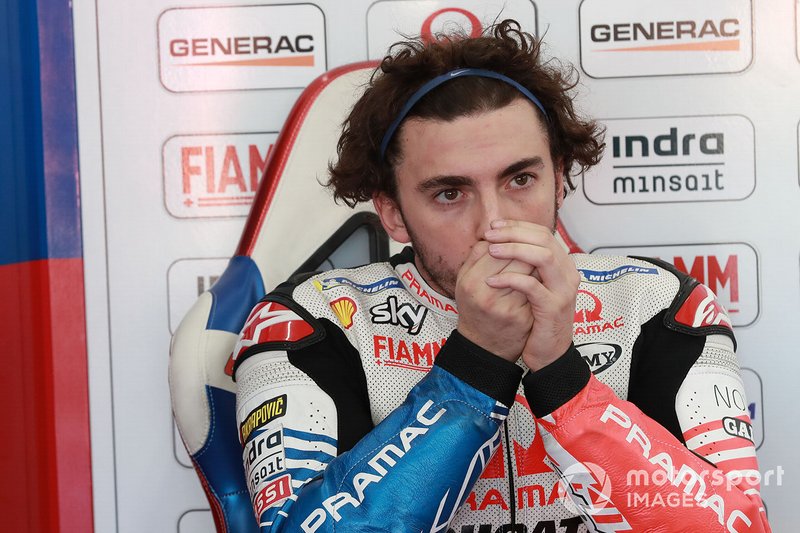 It's fair to say Johann Zarco used up a lot of his chances to stay in MotoGP last year, and raised some serious questions about his mental resilience and attitude along the way. Sure, he was great on a Yamaha, but evidently that is no guarantee of success on other bike – except perhaps the Suzuki, one of the few MotoGP machines Zarco has yet to sample.

On the KTM, he was a shadow of his former self. But his tenure at the Austrian manufacturer was so short-lived and ended so abruptly, it can be no definitive proof of anything, which is why Zarco can't be written off entirely as he prepares to ride a Ducati in 2020.

Neither of the two factory Ducati riders are guaranteed to stay after 2020 so Zarco has a chance to land either there or, more realistically, Pramac for 2021, but the odds are still stacked against him. He will be with Avintia, the last true privateer team on the grid, and one that Zarco declared not worthy of his signature before Ducati intervened to convince him otherwise.

Although the deal with Ducati, which led to the team unceremoniously throwing Karel Abraham out to make way for Zarco, includes more factory support, it's still difficult to imagine Avintia being on the level of Pramac, increasingly a Ducati B-team. On top of that, Zarco will have a year-old bike as opposed to the factory and Pramac riders, who will all have access to GP20s. He is also the only Ducati rider with no experience with the bike, which will only make things tougher as the silly season is expected to play out in the early phases of the year.

A lot of things need to come together for Zarco, but if he learned from 2019 and he can again be the exciting rider he was at Tech 3, the Frenchman will have a place in MotoGP. DG 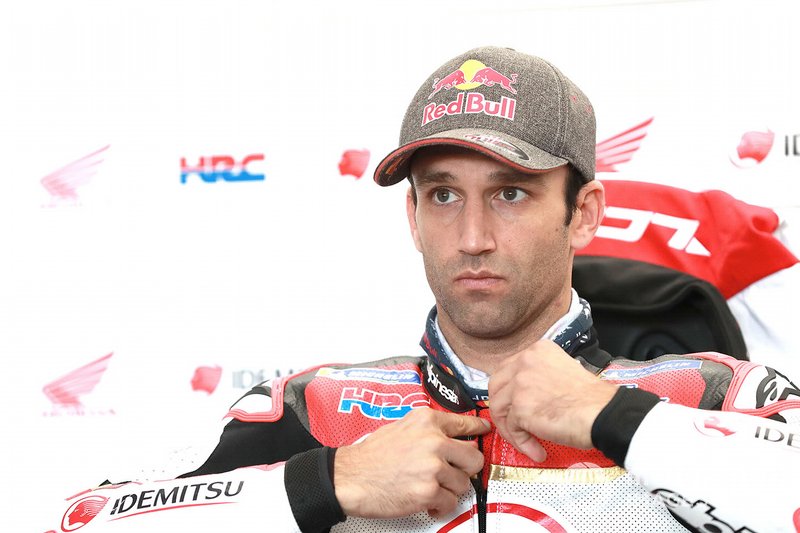 Miguel Oliveira's rhetoric over KTM's 2020 rider line-up last year suggested he had come to regret passing up the Zarco-vacated factory ride the second the manufacturer selected Brad Binder, rather than someone like Mika Kallio, as a replacement.

And though his stance had raised eyebrows at KTM, it was perfectly understandable - the 37-year-old Kallio is in no way a direct rival of Oliveira's in the KTM scheme, but the 24-year-old Binder emphatically is.

The arrangement of Binder getting the works ride and Oliveira staying at Tech 3 is for 2020 only as of now. Thing is though, manufacturer teams tend to be a fairly conservative bunch, and would probably always prefer to stick rather than twist all other things being equal.

Assuming Pol Espargaro keeps his ride beyond 2020, it'll probably be Oliveira versus Binder for the other works seat, and the Portuguese will need to make sure he presents a convincing argument to force a swap. He will have to perform both substantially better than Binder and well enough for KTM not to be tempted by left-field options.

Then there's also the small problem of Oliveira's new teammate Iker Lecuona, who looked to have taken to the RC16 like a fish to water on his Valencia debut. If Oliveira's form slips and Lecuona suddenly matches him, it is not inconceivable that it's the former whose ride could be in danger from KTM's latest top Moto2 prospect Jorge Martin, currently waiting in the wings. Valentin Khorounzhiy 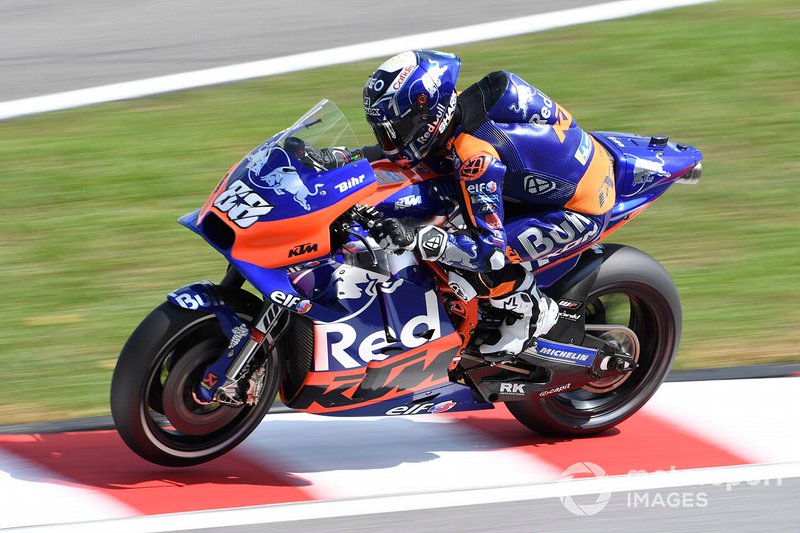