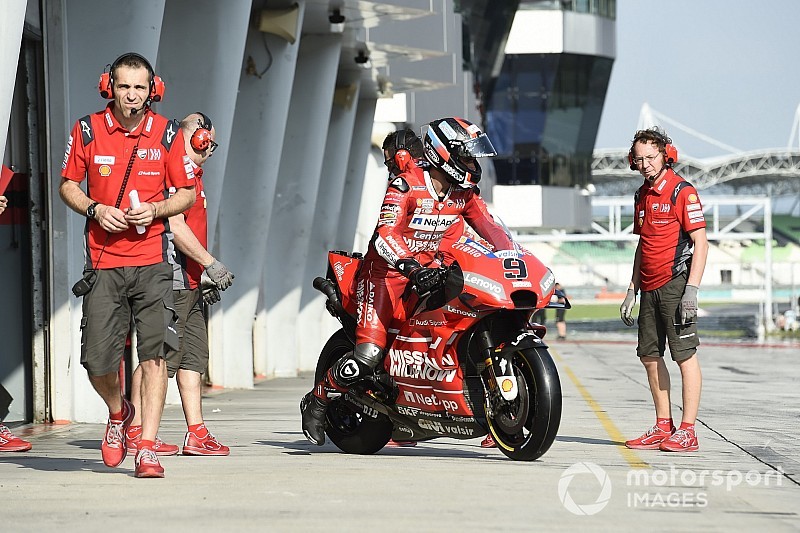 With the new MotoGP season approaching on the horizon, we pick out five riders who more than most need to ensure their 2019 campaign is a successful one.

Kicking off with perhaps the most obvious name on this list, Danilo Petrucci is the one factory rider who goes into 2019 without a deal for 2020 already in place. Ducati freely admits it didn't quite have the belief in its new signing to offer him a solid two-year contract right off the bat, and has even named two possible replacements if things don't work out as hoped.

For Petrucci, this represents a once-in-a-career opportunity. Having felt he had reached the end of the road with Pramac, where he had been since the start of 2015, he was told by Ducati at the start of 2018 it would be "smart" to start looking at other factory options. He did, and even had an Aprilia deal on the table ready for his signature five races into the season.

Luckily for him, Ducati had an option on his services if it wanted him for the factory team. And, after Le Mans, Claudio Domenicali made his snap decision to jettison Jorge Lorenzo and take a punt on Petrucci. Coincidentally, Petrucci's form tailed off at that point, just as Lorenzo finally hit his stride on the Desmosedici, leaving many to wonder what on earth Ducati had done.

Fortunately for the Borgo Panigale squad, Petrucci's start to life as a factory Ducati man has been impressive. He was fastest on the first day of testing in Jerez last November, then led a Ducati 1-2-3-4 in Sepang, before more recently completing a strong race simulation in Qatar.

But testing is one thing, and the pressure-cooker environment of a race weekend is another. Until Ducati makes up its mind (and it's in no real rush to do so), Petrucci is going to be bombarded with constant questioning about his future. How well he deals with that situation is likely to determine whether his factory adventure lasts beyond this year. Jamie Klein 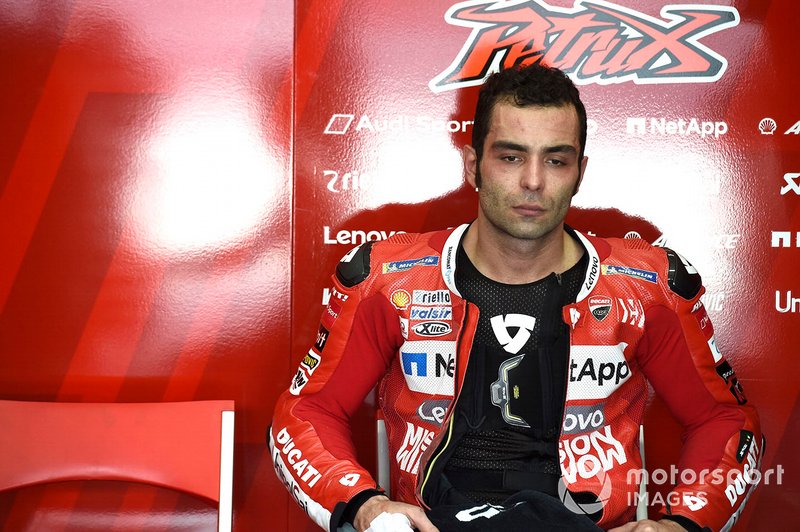 Three years ago, Andrea Iannone was viewed by many as MotoGP's next 'alien' thanks to his swashbuckling exploits on what - back then - was a not particularly well-rounded Ducati bike. Now, having been ditched by the Bologna marque and more recently by Suzuki, Iannone finds himself with a third, and most likely final, chance to establish himself at a factory team at Aprilia.

If Iannone was a little unfortunate to be shuffled out of Ducati's factory stable to make way for Lorenzo in 2016 (although subsequent events proved it made the right choice keeping Dovizioso), then the 29-year-old has only himself to blame for his ejection from Suzuki, which decided that the famously social media-obsessed Italian did not project the right image.

It should be pointed out that, unlike Petrucci, Iannone does have a two-year contract on his side, and would have to woefully underperform for that to not be respected. But, if recent contract cycles are any guide, the 2021 rider market is likely to be based primarily on results in 2019. So Iannone can't exactly afford to take it easy for a year.

On top of that, he goes up against one of the hardest-working riders in the paddock, Aleix Espargaro, for whom Aprilia's MotoGP success has become a personal crusade that he has approached with near-religious zeal. He'll welcome the arrival of a teammate of Iannone's calibre, but equally he'll relish the prospect of putting 'The Maniac' firmly in his place.

If that happens, then Iannone's realistic chances of ever fulfilling his immense potential will surely have evaporated. JK 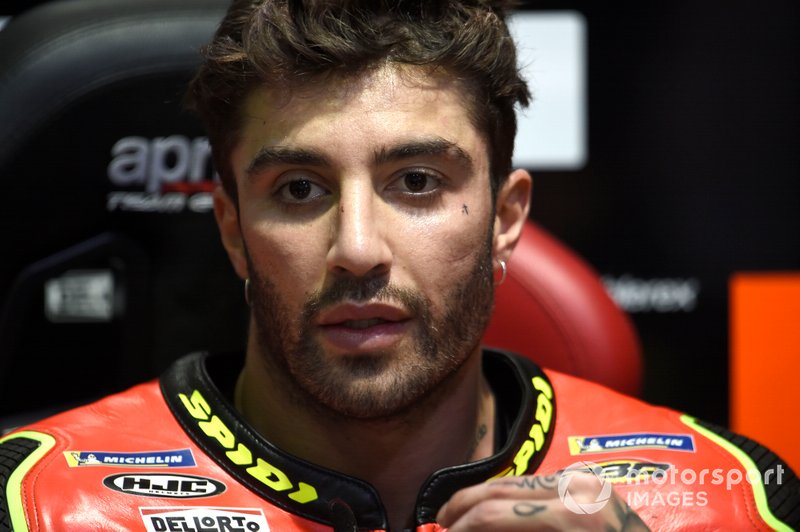 The Aussie might be four years younger, but he too is not exactly new to MotoGP, and the fact Ducati didn't turn to him to replace Lorenzo suggests that doubts remain whether he can still reach that next level.

His three years as a satellite Honda rider ultimately proved inconclusive, despite yielding that monumental win in Assen. And while you will recall then-Marc VDS boss Michael Bartholemy's barely-hidden frustration at Honda over Miller's departure – “a manufacturer should not lose a rider like Jack Miller,” he said – you can also understand why the Japanese manufacturer seemed unwilling to move heaven and earth to keep him.

His start to life at Ducati was very promising last year, but form tailed off pretty badly as the season wound down, and the crashes, which Miller was no stranger to at Honda, ramped up once more.

None of that is to say he's not a class rider, or that he's not done enough to secure a MotoGP future for when his current deal runs out at the end of 2019, but as for convincing a top team to give him a shot, the clock is ticking.

And while the Ducati GP19 should represent the best package he's had to date in MotoGP, he faces an interesting situation. After all, should Ducati feel it needs to replace Petrucci at the end of the year, it may be tempted to bypass Miller and go straight to his new teammate, the highly-rated rookie Francesco Bagnaia.

Thus, Miller must emphatically outperform both of his rivals to nail down a 2020 Ducati ride. Valentin Khorounzhiy 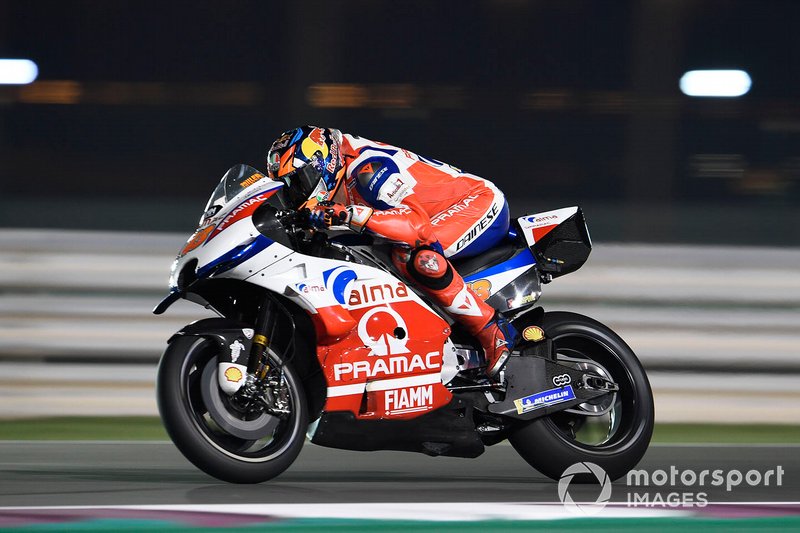 Having beaten Bradley Smith quite comprehensively for the past two years, Espargaro has earned his stay with KTM, but he won’t be able to relax in the future. He will have a new teammate for the first time since entering MotoGP, and the Spaniard could easily find himself playing second fiddle to Johann Zarco if he isn't careful.

Zarco is widely regarded as someone who deserves a top ride with a top manufacturer, and many see him, rather than Espargaro, as KTM's best chance of medium-term success. To prove this theory wrong, Espargaro will need to beat Zarco in 2019.

If he does, the Spaniard will regain some of the hype the 2013 Moto2 champion once had around him. But if he doesn’t, he could easily find himself on the chopping block if KTM begins shopping around for a big name in early 2020, or decides to promote a young rider like Miguel Oliveira.

KTM motorsport boss Pit Beirer already said last year he was "not 100 percent happy" with Espargaro, who suffered three major crashes throughout 2018 – one in the pre-season in Malaysia, and two during the season, forcing him to miss four races and causing the team major headaches regarding his replacement, as well as slowing KTM’s progress.

The start to the 2019 season has been promising for Espargaro as he was a solid eighth in the Qatar test, a whole second faster than his more-heralded teammate.

With Zarco still struggling to adapt to the KTM, Espargaro will likely start the season as the only rider who can get the best out of the bike, but he has to do that on a consistent basis if he wants to convince the team that it doesn’t have to look elsewhere to lead it to future success. David Gruz 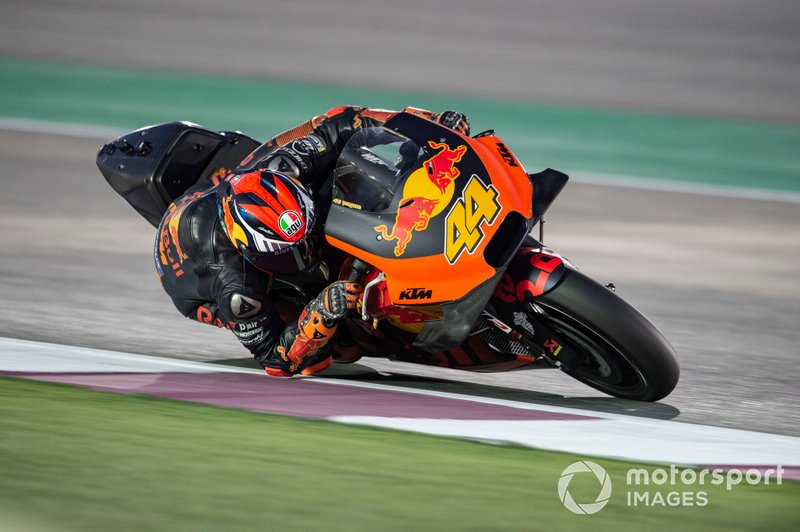 There was a time when Fabio Quartararo was viewed as a generational talent, and he could still very well turn out to be one. But facts are facts, and the fact is that Quartararo is the odd man out among the rookie crop of 2019 when it comes to success in Moto3 and Moto2.

News of his 2019 Petronas Yamaha deal raised eyebrows last year, and though the surprise has long worn off, the urgency remains for him, more so than for Joan Mir, Bagnaia or Miguel Oliveira, to prove he belongs.

His ride is a coveted one, too. Forget for a moment that Sepang CEO Razlan Razali has already told Khairul Idham Pawi that one of the Petronas seats was “for you to take”, as Pawi needs to dramatically step up his Moto2 form for that to be feasible. But another Malaysian rider, Hafizh Syahrin, could be a bigger threat should he lose his Tech 3 KTM ride to someone like Brad Binder.

Then there are the likes of Luca Marini and Lorenzo Baldassarri to consider, two riders who would probably force their way onto Petronas SRT's and Yamaha's shopping lists if they produce expected Moto2 title challenges.

Yet amid all that there's some cautious excitement building up around Quartararo once more. Yamaha has upgraded him to a 2019 bike, he's looked perfectly MotoGP-ready in testing, and in the final test in Qatar he was a brilliant second behind Maverick Vinales.

If that's how he goes in the actual race, whatever pressure is there should vanish in an instant. VK 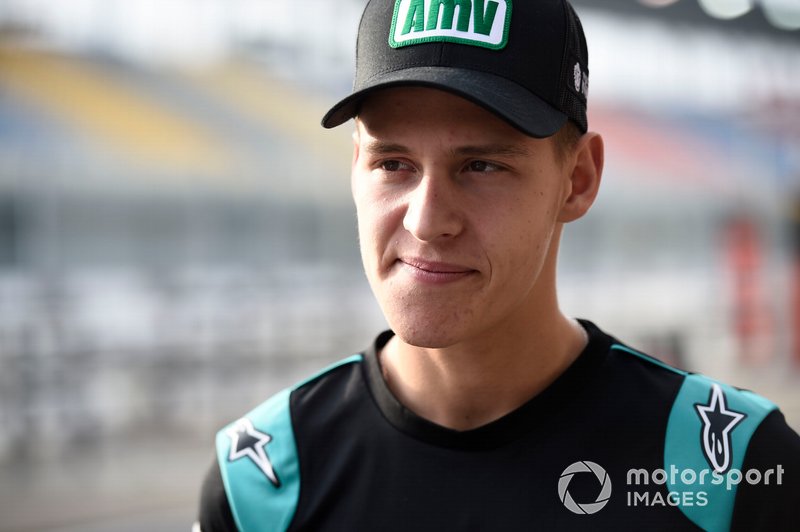 Iannone "not expecting a lot" on Aprilia debut

Miller: Petrucci and I test for Dovizioso