Aleix Espargaro "feels like an idiot" after Assen MotoGP race

Aprilia's Aleix Espargaro admits he "feels like an idiot" after the MotoGP Dutch TT as difficulties overtaking in the Assen race stopped him from showing the RS-GP's true potential.

Espargaro finished Sunday's 26-lap Assen race eighth after narrowly missing out on seventh in a battle with Honda's Marc Marquez.

The Aprilia rider showed strong pace throughout practice and was just under five seconds from the final step of the podium, but "a big limitation" with his bike's engine meant he could do nothing when he went up against Ducatis during the race.

Espargaro says this left him with "frustration inside" because he feels "ready to fight for the podium" in MotoGP.

"I'm happy about my pace but I have a feeling of, I don't know, frustration inside," Espargaro said on Sunday.

"I feel like a – I don't know if it's nice to say – but I feel like an idiot because I feel like I'm strong and fast and ready to fight for the podium because I'm always there.

"Today I was much stronger than [Francesco] Bagnaia for example, or [Jack] Miller but I was stuck behind them.

"Especially with the Ducatis it's a big frustration. I put in my best lap at the end of the race where it was the only lap I was alone. 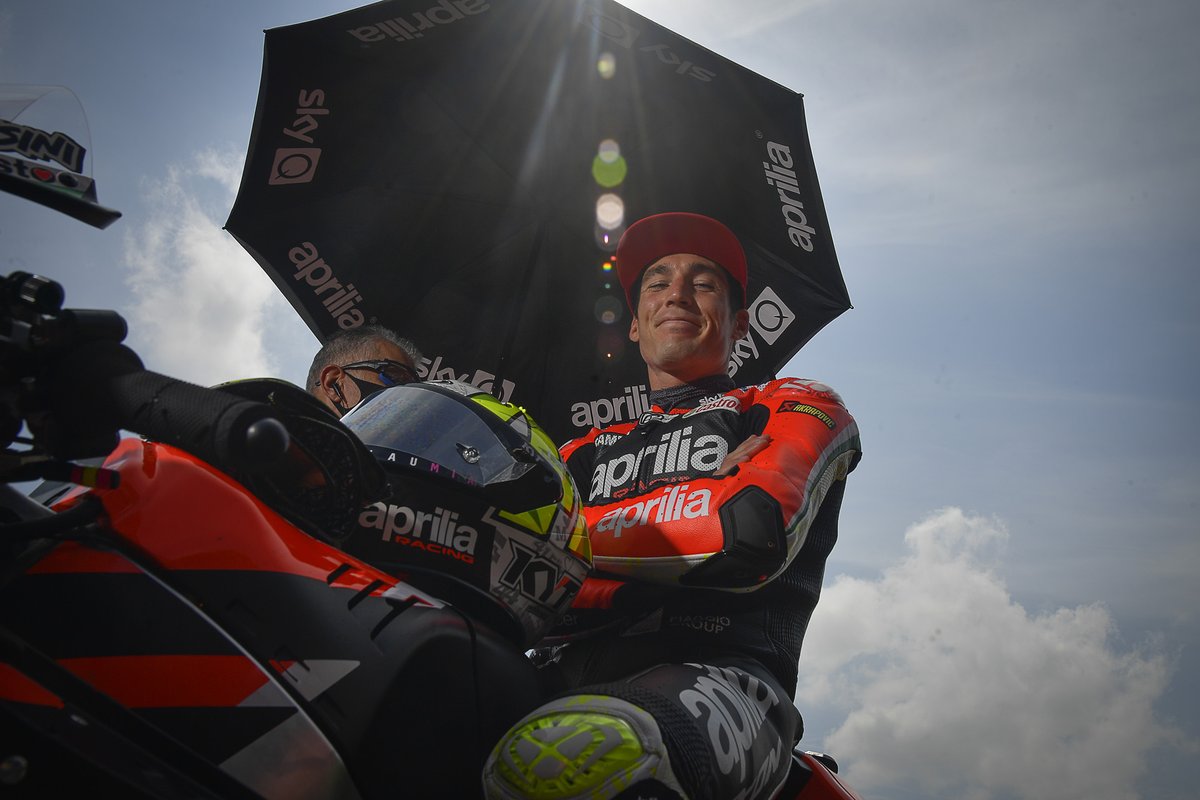 "I did a 1m33.3s, which is a very fast lap time, very close to my qualifying lap. But then I arrived to Bagnaia and I can't overtake him. It's just frustrating.

"I think we did a good job in the first part of this season, we are eighth in the championship with 61 points, which we have to enjoy this obviously because we are coming from a lot worse in the last years.

"But we have to improve on the engine side because it's what we're missing the most."

On Sunday at Assen Maverick Vinales – who will quit Yamaha at the end of the year – was linked with a shock move to Aprilia for 2022, though Espargaro refused to comment on these reports.

Vinales and Espargaro previously shared a garage at Suzuki from 2015-2016.