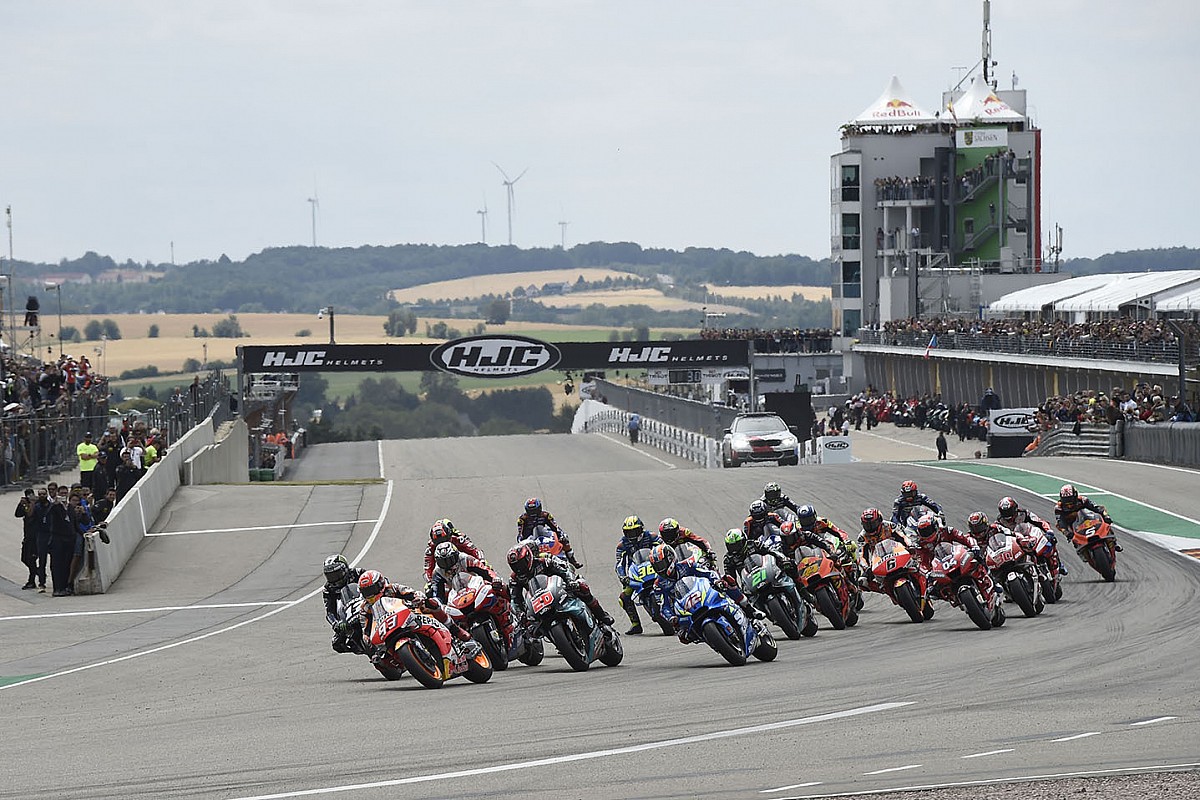 The start of the MotoGP season has been pushed back even further following the postponement of the Sachsenring race in Germany.

With the Italian and Catalan Grands Prix postponed earlier this month, the German GP, scheduled for June 21, was left as the earliest possible starting point for the 2020 season.

However hopes of that were effectively dashed this week when German officials announced that large gatherings will be banned until August 31 amid the ongoing coronavirus pandemic.

German GP organiser ADAC has now confirmed the race has been postponed, with discussions now turning to a new date later in the year.

"We are in talks with MotoGP rights holder Dorna and the relevant authorities regarding a new, later date for the Motorrad Grand Prix at the Sachsenring," read a statement from ADAC.

"Our first priority is the health of fans and everyone involved.

"Tickets that have already been purchased will be valid for the new date. We ask our loyal fans for a little bit of patience."

The Dutch TT at Assen on June 28 now becomes the earliest possible start to the season, with an update on restrictions in the Netherlands expected next Tuesday.

Why MotoGP manufacturers must bury self-interest to survive