Ex-MotoGP star Sete Gibernau says his infamous clash with Valentino Rossi at Jerez in 2005 “opened the door” for contact to become an accepted part of grand prix racing.

Nine-time premier class race-winner Gibernau engaged in a bitter rivalry with Rossi during his career in the early-mid 2000s, with the last-corner tangle at Jerez – when Rossi barged Gibernau off-track to secure victory – standings as their most famous incident.

Speaking to BT Sport following a re-run of the ’05 Jerez race as part of its ‘Greatest Races’ series, Gibernau says the way in which racing has been “understood” since that day has changed negatively and has set a precedent for racing to be more aggressive in MotoGP.

“I don’t know how many times we’ve talked about that corner, but the more time goes by the more I understand after that, things change,” said Gibernau, who returned to racing last year in the inaugural MotoE world cup having retired from MotoGP in 2009.

“Many people were seeing that move, and from that moment on it opened the door for it to happen many more times.

“At the end of the race, both of us did what we thought was best for the championship, and my opinion can be whatever.

“But since then things have changed in MotoGP and racing is understood, which I don’t agree [with].”

MotoGP does have a slightly more relaxed approach to aggressive racing than in some other series.

Famously in 2013, Marc Marquez went unpunished after a similar move on Jorge Lorenzo at the same corner to steal second on the last lap, while there have been many instances since of what was deemed acceptable contact.

When asked if race direction would have looked into that incident had it happened today, Gibernau responded: “To tell you the truth, no. I don’t think so.

“I’ve got different thoughts on that side, which are mine, and like I said I don’t need to be right or wrong.

“Everyone has his own thoughts, and if I put myself now in a situation where I was watching a race and I saw what happened there [at Jerez] where two guys risking their own lives touched each other in a difficult last corner, and I was looking at it with my son who would like to become a road racer, and everyone would give the victory to a guy that has touched another one, I wouldn’t be wanting that to happen.

“I don’t want anyone to get hurt. It’s one of my priorities and it’s how I understand sport and racing.”

Expanding on this further, Gibernau believes more needs to be done to eradicate this kind of racing, though he concedes doing so would be difficult.

“MotoGP is already so dangerous that in my opinion we should all put together our knowhow to avoid these type of situations,” he added.

“Is it difficult to do? Yes. Is it impossible to do? I don’t think so.

“It’s responsibility to whoever is in charge of the championship and to put the rules where we need to stay away from this type of situation because, like I say, we’re risking more than just a crash.”

Watch ‘The Greatest Race’ live every Sunday at 10am on BT Sport 1, as Neil Hodgson and Gavin Emmett continue their quest to find the greatest MotoGP race of all time. 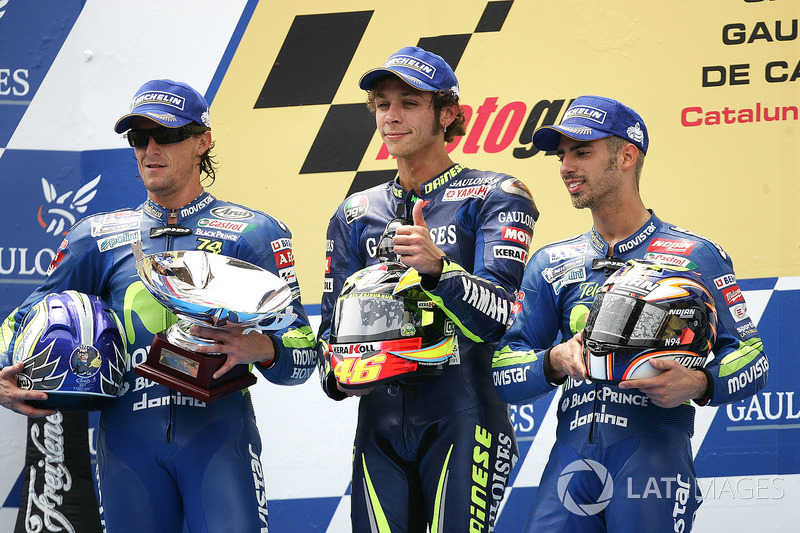 Merhi replaces Boschung at Campos for Austria F2 round