Honda’s Alex Marquez says his struggles in extracting speed from the RC213V on fresh soft tyres in qualifying is because he is trying to gain time “in Moto2 style”. 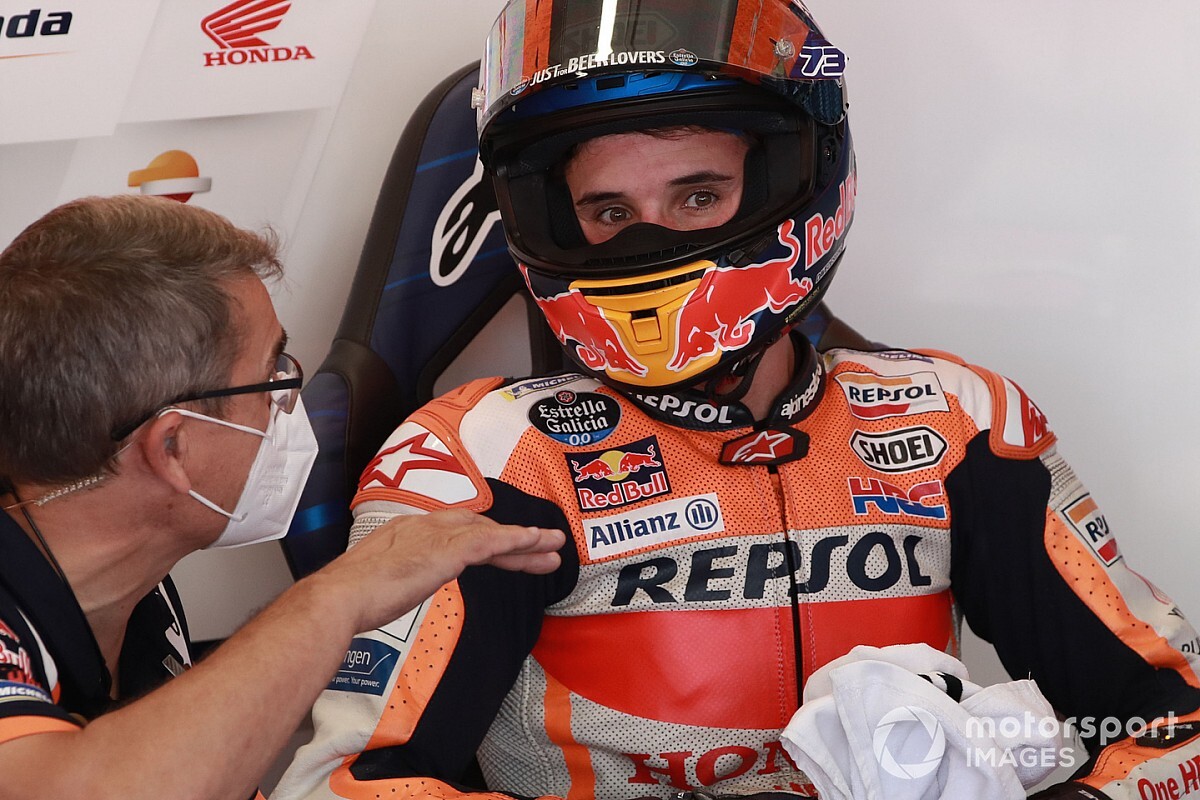 After winning the 2014 Moto3 title, Marquez stepped up to Moto2 with Marc VDS where he spent five seasons – two more than fellow MotoGP rookies Iker Lecuona and Brad Binder.

Although he's scored points in all bar two races so far this season and has cracked the top eight twice, Marquez hasn’t qualified higher than 17th. Explaining after last weekend’s Emilia Romagna qualifying that the Honda becomes “radical” over a single lap, he admitted ahead his home Catalan GP this weekend that the RC213V is “maybe not the best bike for one lap”.

“So, this is where I’m struggling a little bit more. Maybe the Honda is not the best bike for one lap because we have some problem with new tyre. But apart from that, it’s also things that I need to change from my riding style to take more profit of new tyres.”

Marquez’s seventh last time out in the second Misano race marked his best result of the season, although he later admitted it wasn’t “real” because of the attrition rate. But LCR’s Cal Crutchlow – who returns to action this weekend after missing both Misano races through injury – heaped praise on the rookie, branding his Emilia Romagna performance as “absolutely superb”.

“He rode a fantastic race, an absolutely superb race and it was good to see,” Crutchlow said when asked about Marquez’s second Misano outing. “You have no idea how hard the Honda is to ride compared to other manufacturers as a rookie, and he’s learnt very, very well. The way he rides, he can do well.

“So, his progression from the first races to the second race – also in Jerez he did exactly the same thing, and also in Austria. And one other thing, he’s finished all the races and he’s doing a good job because he’s getting on with it.”