Honda MotoGP team boss Alberto Puig says that claims that the marque's bikes are built solely for Marc Marquez is just an "idea" and has no basis in fact.

Marc Marquez romped to a sixth premier class crown in 2019 with 12 wins and a record 420 points, while almost single-handedly guiding Honda to the manufacturer and teams’ crowns.

However, only Marquez won on the troublesome RC213V, which was constantly criticised by its riders as being more difficult to ride than its predecessor – borne out by LCR’s Cal Crutchlow only achieving three podiums and Jorge Lorenzo failing to reach the top 10 in any race.

Earlier in the year Honda boss Puig refuted comments made by Ducati management which intimated that HRC had built a bike only for Marquez.

When asked by Motorsport.com at the season-ending Valencia race if Honda had any plans to change the perception that only Marquez can ride its bikes, Puig said: “First of all, I think this is not a fact, this is just an idea.

“The fact is, I think in the last 18 years Honda has won the title 10 times with four different riders [Valentino Rossi, Nicky Hayden, Casey Stoner and Marquez]. Yamaha [did so] with two [Rossi and Lorenzo] and Ducati with one [Stoner].

“So, with the facts, we can say the easiest bike to ride is the Honda, because it has won the championship with many riders. I don’t know what the other teams are saying, but we don’t care so much about this.

"The top performance of a team is not only [about] the bike of the rider – it’s completely the whole structure. So, every one of the teams has their own way and they have to try to do their best.

“If we have these [championship-winning] riders, we have these riders and the other teams can try to get them. I don’t think this is a crucial point of view.

“I only check the story of the championship and Honda has won a lot of championships with different riders. I can mention Rossi, Hayden, Marc, Casey." 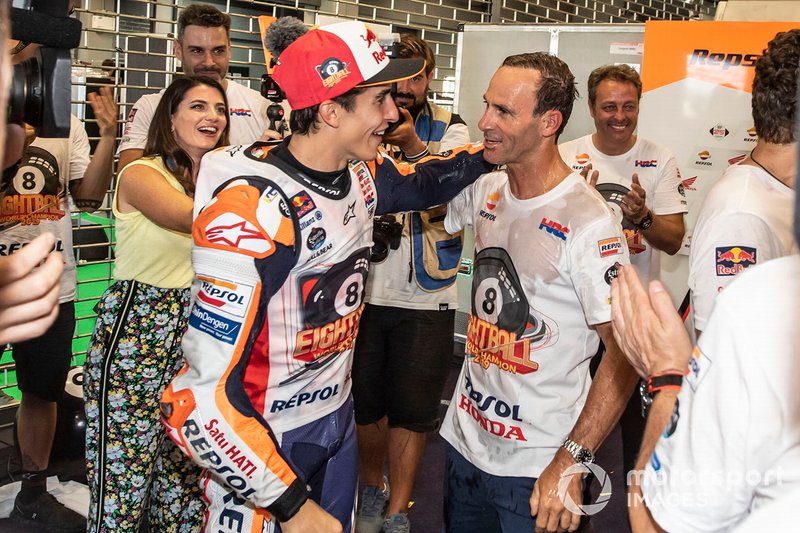