Honda riders had to ‘pick their poison’ at Mugello 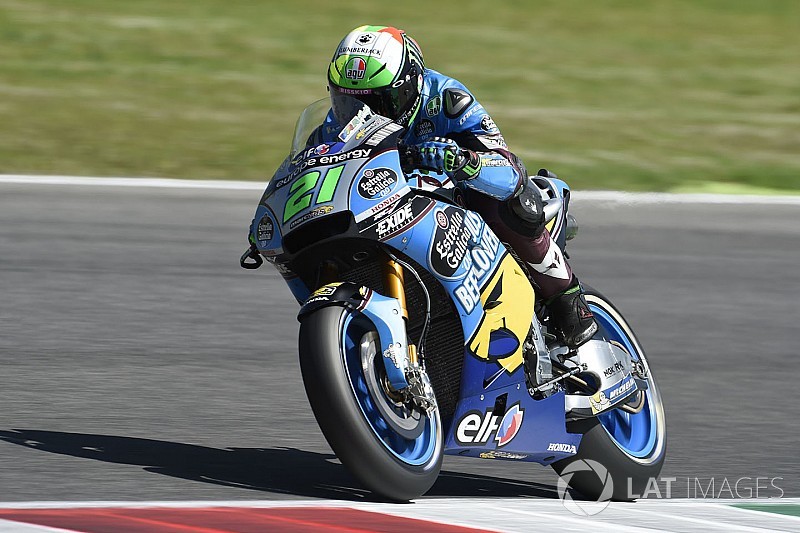 All of MotoGP’s tyre options were “wrong” for Honda at Mugello last weekend, forcing the marque’s riders to ‘pick their poison’, according to Franco Morbidelli.

Morbidelli was one of just two Honda riders to make it to the end of the Italian Grand Prix without crashing, the other being LCR’s Cal Crutchlow.

Both works riders Marc Marquez and Dani Pedrosa fell, the former on lap five at Scarperia and the latter on the opening tour at Turn 2, collecting the second LCR bike of Takaaki Nakagami in the process.

MotoGP tyre supplier Michelin brought an asymmetric hard front tyre to Mugello, with a harder right shoulder, which was used by Marquez.

Morbidelli, who made the first Q2 appearance of his fledging premier class career on Saturday, stuck to the more conventional medium front, slipping from 12th on the grid to 15th at the finish.

“Unfortunately this weekend every choice was wrong for us,” said the Italian rookie. “We just had to choose our poison.

“My one was too soft, his [Marquez’s] was hard on the right but maybe too soft on the left, and it was asymmetric so it has a little bit of a different feeling.

“If he chose that tyre it means he could have confident he could have done the race distance and it was the best choice for him. I didn’t even try it. Because I saw so many crashes with that tyre, I decided not to try it.”

Crutchlow was Honda’s top finisher in sixth, having opted to run medium tyres front and rear.

The Briton, still suffering from the after-effects of his monster highside crash at Le Mans that necessitated an overnight hospital stay, said he regretted his tyre choice but was pleased to have at least finished the race.

“We were against it all weekend because we had no tyres to run,” Crutchlow told BT Sport. “We knew the medium was gonna be our race tyre, but I think it was the wrong decision.

“I think we should have gone with the hard, even though the left-hand side was a lot softer. I think I could have managed it better than I did the right-hand-side of the medium.

“It was a massive risk to pass, so I just stayed with the group but that was heating my front tyre a lot. I was told at the start of the race to finish the race, so that’s what I did.

“Now we look forward to Barcelona where the tyre allocation will hopefully suit our bike a bit better.”

Rossi: MotoGP contracts being determined so early is "wrong"