LCR Honda rider Cal Crutchlow says his factory counterpart Marc Marquez is like "Houdini" in that he's "got a trick" in every aspect of the Red Bull Ring circuit. 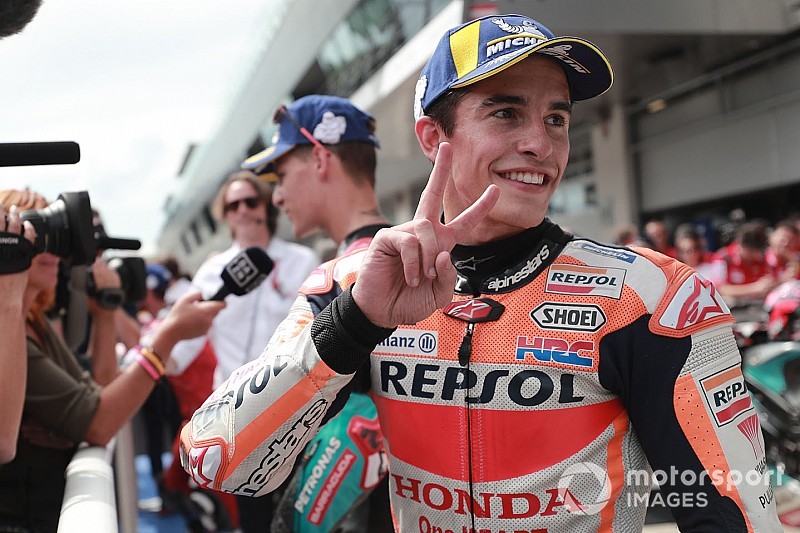 In one of the shortest tracks on the calendar, Marquez took pole position by a dominant 0.434s gap, and broke Mick Doohan's premier-class pole tally record in the process.

Crutchlow only qualified ninth, over seven tenths slower than Marquez and even behind his teammate Takaaki Nakagami on the year-old Honda.

Nakagami took sixth, his best MotoGP qualifying position, and said that he learned a "trick" from Marquez, as well as Crutchlow, which is helping him ride the Honda better.

When asked what this was, Crutchlow was unable to tell but he said that Marquez "has got a trick everywhere".

"I don't know what trick he's talking about - but from my eyes, Marc's got a trick everywhere," he said.

"He's like f***ing Houdini. He just vanishes in thin air - you see him one minute and he's gone the next.

"And you can't, even as a rider, you can't give this guy enough credit - for what he's doing, with the bike that he has, is something very very special."

Nakagami elaborated on what he learned, explaining that it is more about riding style and a way to find the grip while leaning.

"In the last race in Brno during the race and also Monday test, I found some trick to be faster," Nakagami said.

"This is what I understand from Marc, from Cal, how they did make faster with the Honda bike. We try from Friday and looks good, working well.

"Not like set-up on the bike, just I am kind of riding and this is what I found. Now looks good, feeling is quite more consistent, this makes maybe less than a tenth, very small detail, but this makes a good result."

Crutchlow further praised Marquez, saying that the Spaniard he making him not only him but the rest of the MotoGP grid "look average".

"It's clear he has an advantage over everyone else - but why, I have no idea. If I could go as fast as him, I would.

"What he's doing different, is nearly every corner, every braking, every acceleration. The laptime I did in qualifying, he did about 15 of them this morning.

"But he's not just making me look average - I know that I'm on the same bike, but I can tell you now, you put most of the other guys on the grid on my bike, they're not going to be as fast as what I am.