How Quartararo won the first fight for 2020 supremacy 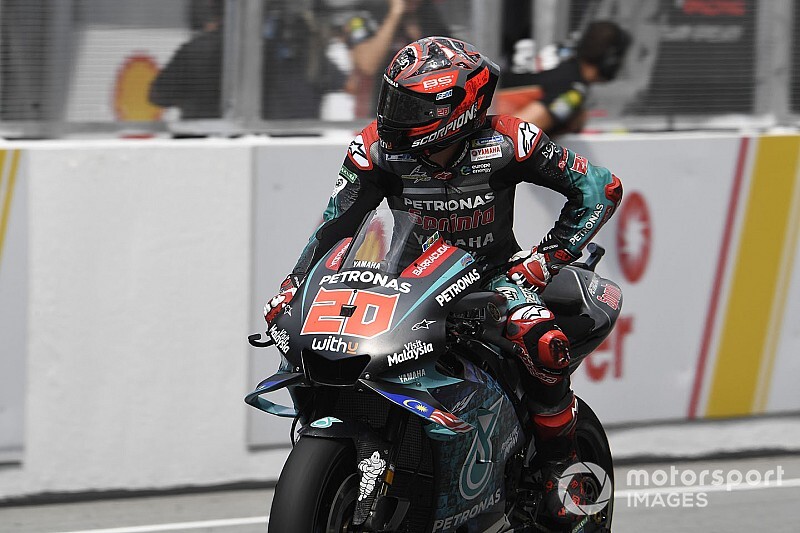 Marc Marquez has already singled out Fabio Quartararo as a main rival he will have to beat to win the MotoGP title again in 2020. There was a moment at last weekend's race in Malaysia that stood out as the opening salvo in that fight.

It's 3:35pm at a sweltering Sepang circuit, and Marc Marquez has just latched onto the back of the charging Fabio Quartararo as the first flying laps of the 15-minute second qualifying session for the MotoGP Malaysian Grand Prix get underway.

Rookie sensation Quartararo has been on fine form all weekend. Still hobbling about the paddock from his bruising time at Phillip Island, where he crashed heavily in FP1 and was wiped out in the race, he smashed Dani Pedrosa's 2015 Sepang lap record twice during Friday practice. With the added pressure of the home race of SRT title sponsor Petronas and its patriotic Malaysian fans, the 20-year-old has shown no signs of buckling from pressure as heavy as the oppressive heat that envelopes the circuit.

Zarco: I'm "back to the reality of top riding" with Honda