Iannone was “about to explode” before Austin podium 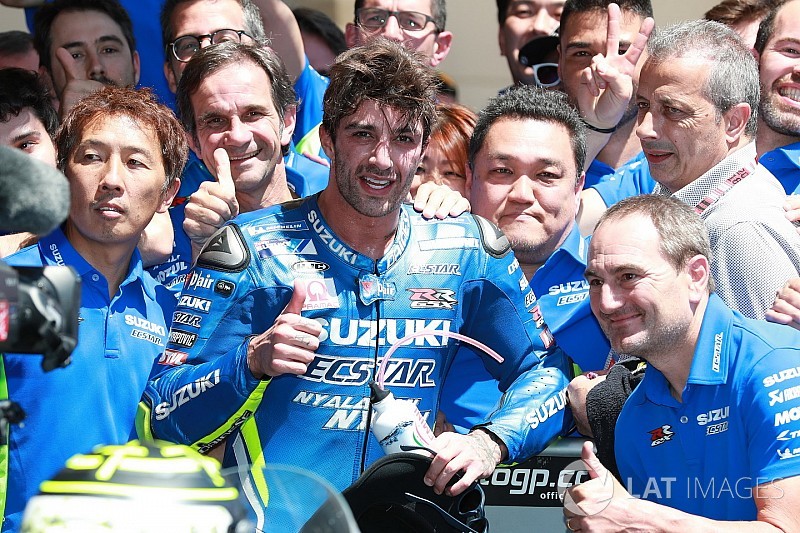 Andrea Iannone has said he was close to exploding with anger before scoring his first MotoGP podium as a Suzuki rider in last weekend’s Austin race.

The Italian finished third behind Marc Marquez and Maverick Vinales to register his first top-three finish since the 2016 season finale in Valencia, his last race for Ducati.

Since then, Iannone has come in for widespread criticism for his poor performances and a perceived lack of effort, in particular from 1993 500cc champion and Suzuki ambassador Kevin Schwantz.

Iannone admitted the past year had been a difficult time for him, and was eager to thank those who stood by him after achieving his breakthrough result at the Circuit of the Americas.

"I was stronger than all the bad things people said to me," he said. "For the last year and a half it has been very difficult to be Andrea Iannone.

"2016 was a positive year, then everyone had very high expectations of me. Of course this is nice, but if you cannot meet them and you disappoint, you come all the way back like a boomerang.

"I took all the criticism for so long, and I was about to explode [with anger]. So I have to thank all the people close to me and who have always supported me.

"They criticised me a lot, but I didn't stop believing in myself. I have always believed in my potential."

Iannone also revealed that a meeting in Italy with crew chief Marco Rigamonti helped clear the air between the two following a disappointing run of results with Suzuki.

"There was a period during which everything needed to reset everything a bit," he explained.

"I had a meeting in Italy with my engineer Marco Rigamonti, because we were living a moment that was not positive for either of us.

"I think it was useful and that it was good to confront each other, man to man, because it led to something constructive. We are back where we always wanted to be.

"It will not be easy to stay there for the whole year but we will continue to work to do it."

Despite his podium, Iannone's position within Suzuki is still at risk, with Jorge Lorenzo now the Hamamatsu marque's primary target to line up alongside Alex Rins in 2019.

Iannone has previously stated he has chances elsewhere in the MotoGP paddock even if his first preference would be to stay put.

Statistics: Marc Marquez's dominance in US