Iannone "not expecting a lot" on Aprilia debut

Andrea Iannone admits he is “not expecting a lot” from his first race with the Aprilia MotoGP squad in the 2019 season opener in Qatar. 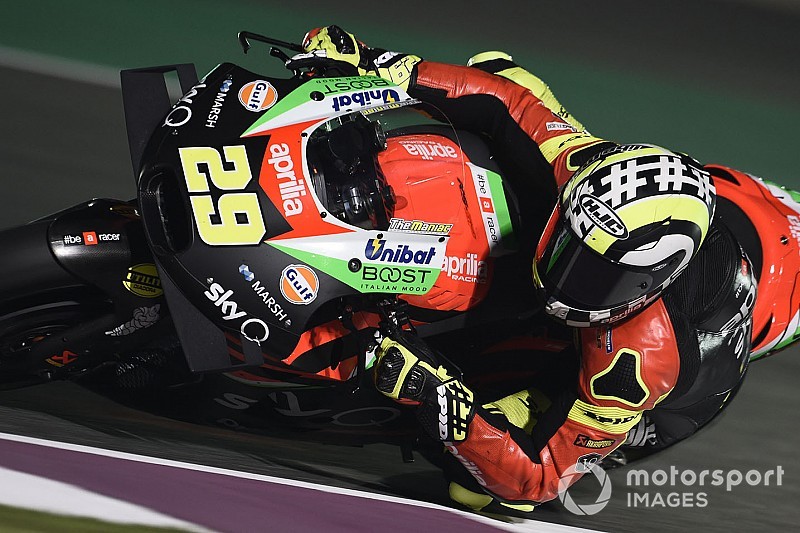 Iannone sat out much of the first pre-season test in Sepang and then finished 18th overall – four places behind teammate Aleix Espargaro - over three days of running at Qatar's Losail International Circuit.

The Italian, who previously rode for Ducati and Suzuki's factory teams, had been positively surprised by Aprilia's RS-GP when he tried it for the first time in the 2018 post-season.

But he admits it will take time for the bike to leap up the premier class pecking order.

“In general I’m not expecting a lot,” he said of his Qatar hopes. “I’m a little bit always... not negative, because I’m always positive, but in any case it’s important this year to finish the race.

“We start well, improve during the weekend and at the end we will see which position we finish the race.

“For sure it’s important we use our package at the maximum, this is the target.”

Iannone worked on making the RS-GP “smoother” in Qatar, as he found the bike to be “a little bit nervous on some parts of the track”.

“The positive for sure is I have a good feeling on the braking point and the first part of the [corner] entry,” he added.

“For sure we need to improve a little bit the turning of the bike, in any case we try to improve during this year this situation.

“I know it’s really difficult to improve during one test or one race weekend but in any case it’s our target.”

Both Aprilia bikes finished out of the points in Qatar last year, although Espargaro was fighting for the top 10 when his RS-GP developed a fuel issue.

The Spaniard is happier with the 2019 specification of the bike, but admits he was “expecting to be a little bit faster” in his race simulation at Losail.

“I did 22 laps. I expected to be better, we found some problems, but this is why we are testing, to learn, and this is why it was so important to do a race simulation, because now the engineers have a lot of information to improve the bike for the first race here in two weeks’ time.

“It would be nice to have some more days to test, it’s quite short, but it’s the same for everybody. 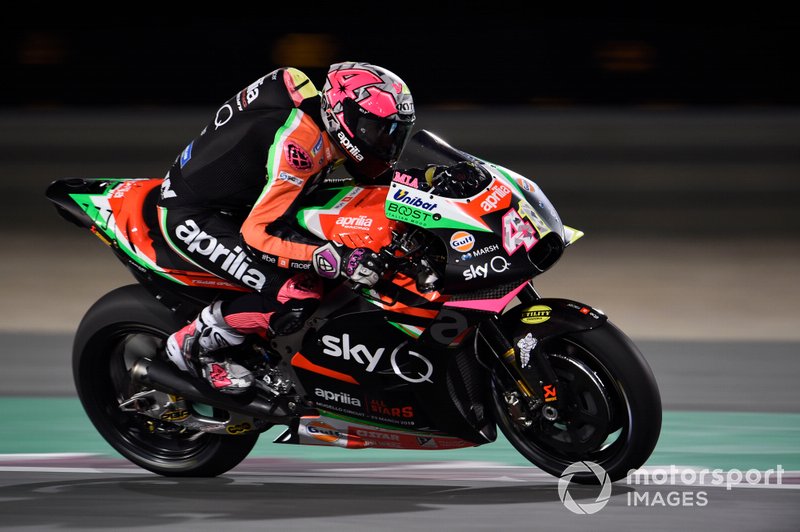