Andrea Iannone says all he wants from the Aprilia MotoGP team is machine parity with Aleix Espargaro, after finishing a long way behind his teammate in last weekend's Aragon Grand Prix.

While Espargaro scored Aprilia's best finish of the season at the Spanish track in seventh, 10 seconds behind race winner Marc Marquez, Iannone could manage no better than 11th, a full 22s down on his teammate.

In the seven races that both Aprilia riders have finished this season, Espargaro has come out on top five times, and has scored 46 points to Iannone's 32.

Speaking after the Aragon race, Iannone highlighted his performance on board the Suzuki last year, when he finished third, as evidence that something is not right regarding the performance gap between himself and Espargaro.

"I'm not happy because we lose a lot in terms of top speed and acceleration, even compared to my teammate," said Iannone. "We've had this problem since the beginning of the year and it's hard to see why.

"A rider can get to a certain point and I think I've gone beyond my limits, with all the pain I've had this weekend, always being silent.

"I certainly expect something important from Aprilia. Not so much in terms of parts or innovative things about the bike from now until the end of the year, but at least being able to get two bikes to run the same way, because that's not the case now.

"They are two identical bikes, but they have different performance, so we need to understand why.

"Aleix was good, but I'm still one who made the podium here last year, fighting until the end. To grow [as a team] we both have to be on the same level."

Iannone agreed with Espargaro's assessment that the unusual layout of the Aragon track flattered the RS-GP and that other tracks will be more difficult for the squad.

"For me this is a very favourable track for Aprilia," said the Italian. I think the next races will be difficult, so we have to keep our feet on the ground.

"For the moment we haven't made any progress, it was just the track came to us." 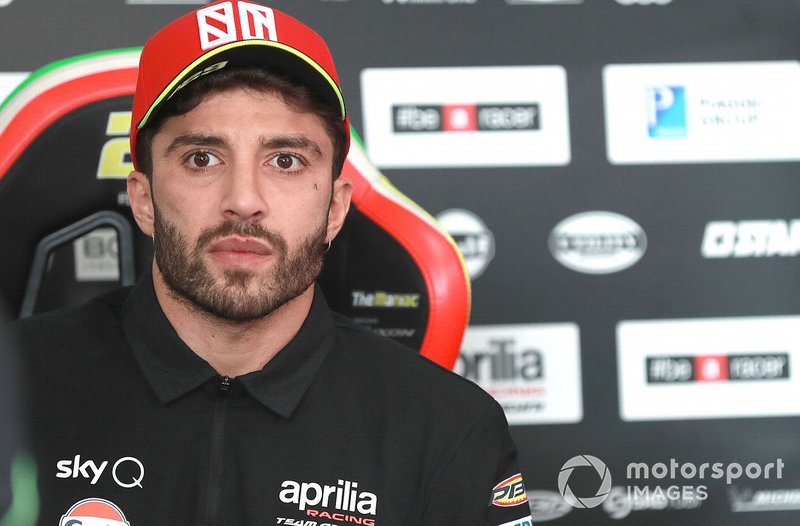