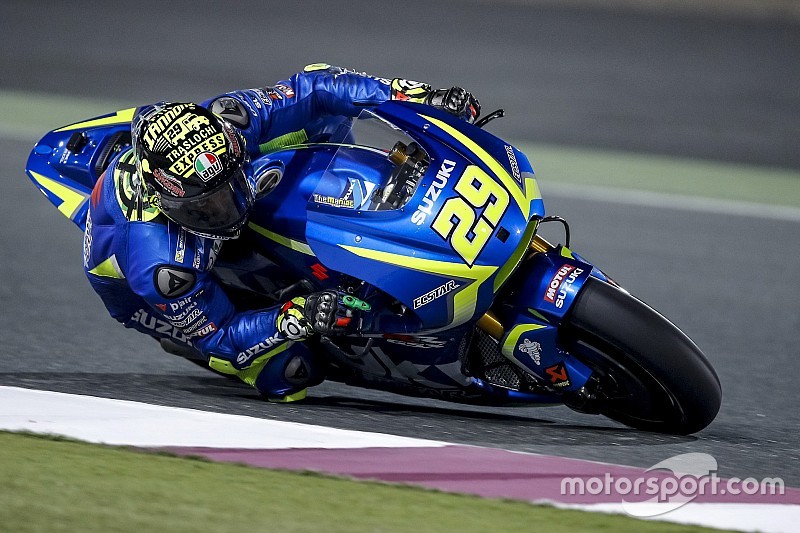 Andrea Iannone says he has been trying to imitate the riding style of Maverick Vinales to get the best from his Suzuki MotoGP bike, but admits this has been hard.

After four seasons on Ducati machinery, Iannone has made the switch to Suzuki for the 2017 season, being signed as a replacement for the Yamaha-bound Vinales – who delivered Suzuki its first grand prix win in almost a decade last season at Silverstone.

But the transition hasn't been plain sailing for Iannone, who after featuring strongly in the opening test of the winter at Sepang has struggled to make an impact in the subsequent tests at Phillip Island and Qatar.

The Italian says he has been working hard to adapt his smooth riding style to be more like the aggressive Vinales to get the best out of the GSX-RR, but says such a change is "not in my nature".

"I'm trying to adapt quickly to the bike, but to go fast requires a riding style identical to that of Vinales," admitted Iannone on Saturday.

"I'm trying to imitate him, but it's not in my nature. He never brakes for a corner while leant over, but with the bike straight, and he waits prior to turning and then accelerates.

"Most riders, on the other hand, they use the brake to bring the bike into the corner, and then accelerate.

"Right now I am trying to adapt a bit to try to compensate for what is lacking."

Iannone only concluded the final test of the pre-season in 12th, almost a second behind Vinales, having started off the winter with the second-best time at Sepang.

But the Italian says he was able to boost his confidence in the final 30 minutes of Sunday's running with an "extreme set-up", which allowed him to find consistency that he had hitherto been lacking in Qatar.

"We understood something very important at the end," he explained. "The last three laps I did were all in the 1m55s, which never happened in these three days.

"We still have a bit of chattering, especially at Turn 6, where I just cannot brake as I would like. But we improved the consistency, and also the confidence with the brakes.

"Starting to use it normally is a huge step forward."

Analysis: What we learned from the Qatar MotoGP test