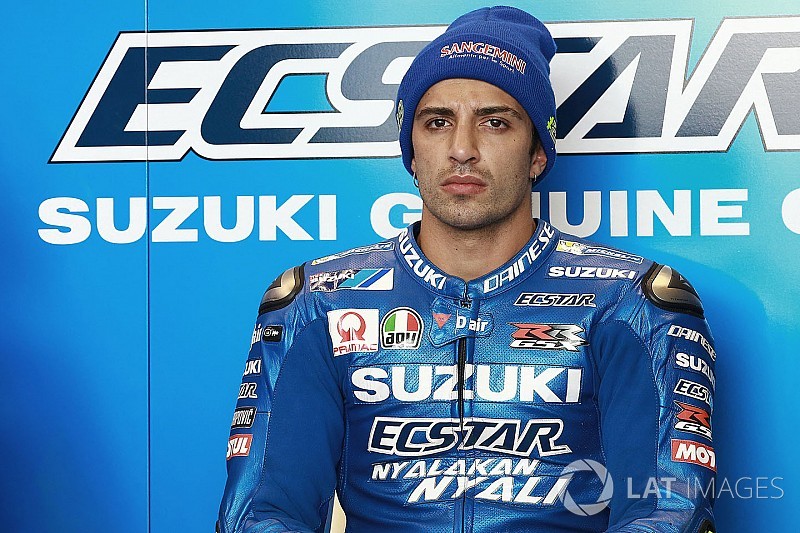 Cal Crutchlow reckons Suzuki rider Andrea Iannone, who can do "fantastic things" on a MotoGP bike, is "wasting his talent" amid a dismal first half of the 2017 season.

After four years with Ducati, Iannone was signed by Suzuki to replace Yamaha-bound Maverick Vinales, but the opening nine races of the Italian's season have been little short of a disaster.

The 27-year-old has retired three races so far this year and has a seventh place in Austin as his top finish - leaving him down in 16th in the points, 11 places lower than Vinales at the same stage of last year's campaign.

Suzuki also lies just one point clear of Aprilia in the manufacturers' standings.

Iannone's lacklustre performances have attracted increasing opprobrium in recent weeks, with former Suzuki champion Kevin Schwantz telling the Italian to get on with the job, and Motorsport.com columnist Randy Mamola also urging him to raise his game.

Speaking at the Sachsenring, LCR Honda rider Crutchlow joined in the criticism of Iannone, who he believes showed his talent when the pair were both Ducati riders in 2014 - albeit with Iannone on a satellite Pramac bike.

"I know the way [Iannone] rides, I was at Ducati and he was the best Ducati rider at the time," said Crutchlow.

"He does some fantastic things, like the way he can overlay the throttle and the brake at the same time. But he is wasting his talent. He is just not bothered, absolutely not bothered."

'What Iannone is going through isn't easy'

Suzuki has been enduring a tough third season since its return to MotoGP, as it has yet to secure a top-six result, despite Vinales winning a race and scoring three more podiums last year.

Iannone's rookie teammate Alex Rins has only taken part in four races so far thanks to multiple injuries, his ninth place in the season opener at Qatar being his only points finish so far.

The Spaniard, however, defended Iannone, saying that the Italian is facing a challenge adapting his riding style after four seasons with Ducati.

"What Iannone is going through isn't easy, coming from four years of riding a Ducati and getting on a Suzuki," said Rins.

"You have to change all your habits, because it is a totally different bike. Hopefully he can do it so he can demonstrate the potential the bike has."

Miller "in no rush" to confirm 2018 MotoGP deal