Indonesia has signed a three-year deal to host a MotoGP street circuit race starting from 2021.

Plans to construct an all-new venue in the Mandalika area of the island of Lombok with the aim to host grand prix motorcycle racing were originally reported by Motorsport.com in November.

A final deal has now been reached between the state-owned Indonesia Tourism Development Corporation and MotoGP promoter Dorna, which will see the new track host MotoGP events between 2021 and 2023.

Abdulbar M. Mansoer, the president director of the ITDC, confirmed to Motorsport.com that the contract was signed on January 29 in Madrid.

Abdulbar says the design of the circuit, which is set for a 4.32km layout featuring 18 corners, have already been approved by FIM Safety Officer Franco Uncini.

“The street circuit will be built from zero, unlike the tracks in Singapore and Monaco,” Abdulbar said.

“When it is not being raced on, it will be used as a regular highway in the area.

“We estimate a fast construction process for the circuit, as we only need to build roads and paddocks.”

The project will be carried out by French company Vinci Construction, which is set to begin paving the surface for the track in September of this year.

An option to extend the deal past its initial three-year duration exists in the contract, according to Abdulbar.

The race, which is set to be MotoGP's first-ever street circuit event, will allow the championship to finally break into one of the world's largest markets for motorcycles.

The series currently comprises 19 events, and with Finnish venue KymiRing expected to join the calendar in 2020, the Indonesia race could take the MotoGP schedule past the 20-race mark. 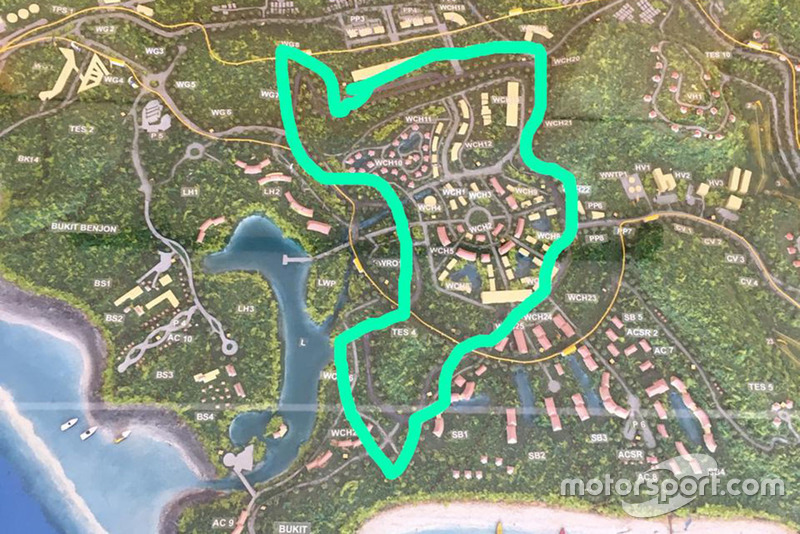