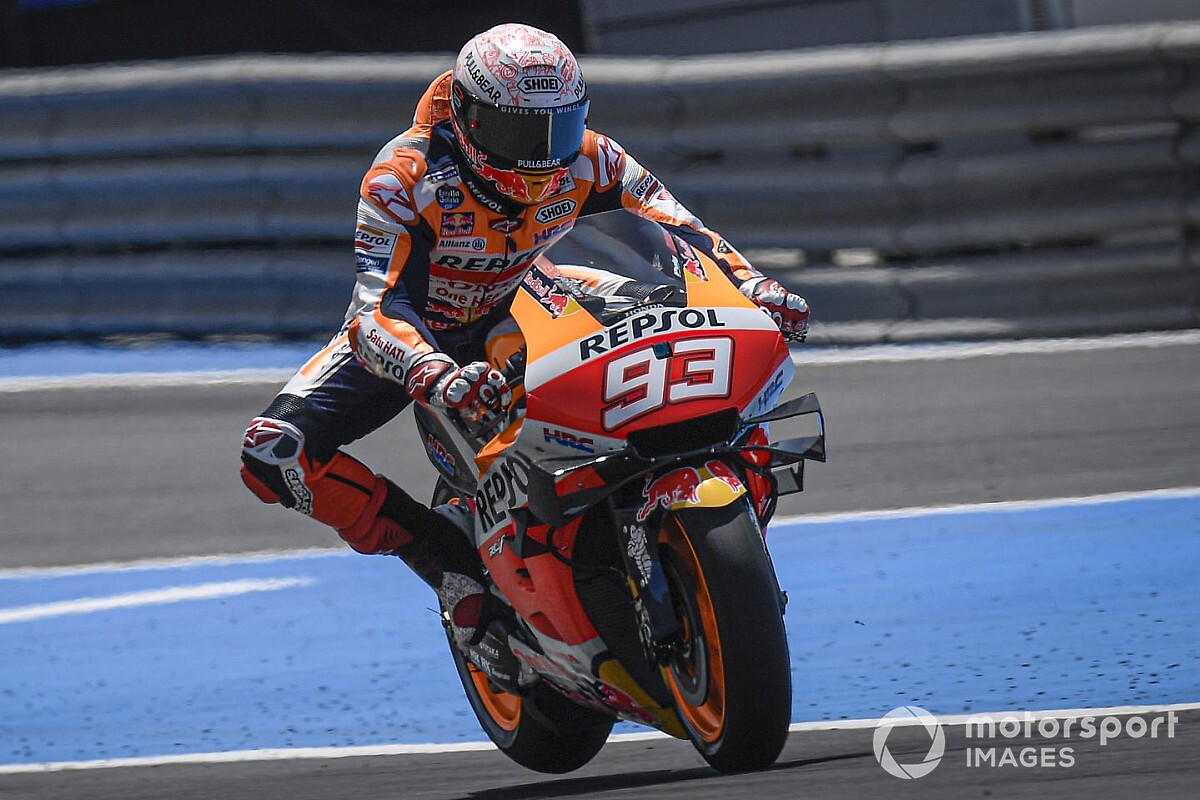 MotoGP world champion Marc Marquez, who broke his right arm in a violent Spanish Grand Prix crash, is exploring the option to make a shock return to action this weekend despite undergoing surgery on Tuesday.

In last weekend's MotoGP season opener, Marquez was recovering from an early off before violently crashing and breaking his right humerus, which was impacted by his bike.

The Repsol Honda rider flew to Barcelona on Monday afternoon and underwent surgery on Tuesday morning, led by Dr. Xavier Mir's team in the Dexeus Hospital. The surgery was deemed successful and confirmed Marquez did not suffer any radial nerve damage in the accident.

Marquez was released from hospital on Wednesday morning to start his rehabilitation at home. Initially his objective was to return to action in early August's Czech Grand Prix at Brno, the third race of an overhauled 2020 schedule.

But according to the newspaper El Periodico de Catalunya, Marquez is not ruling out returning to Jerez for this weekend's Andalusian Grand Prix, buoyed by the news that he escaped nerve damage.

Marquez is hoping to climb back on his bike for a weekend of damage limitation, with the objective of scoring vital points in the shortened championship. As it stands, 13 rounds are confirmed on the revised calendar, with planned rounds in Thailand and Malaysia potentially bumping up the number to 15.

In the coming days, Marquez will re-evaluate his condition and make a final call on whether it would be wise climbing back on his bike just three days after undergoing surgery on his fractured arm.

Marquez could delay his decision until Saturday's qualifying session, which is the final cut-off for taking part.

The MotoGP rookie who promises a golden future for KTM