Alex Marquez says all Honda MotoGP riders have to be 100 percent fit to ride the marque's "demanding" bike or else they are just "a passenger". 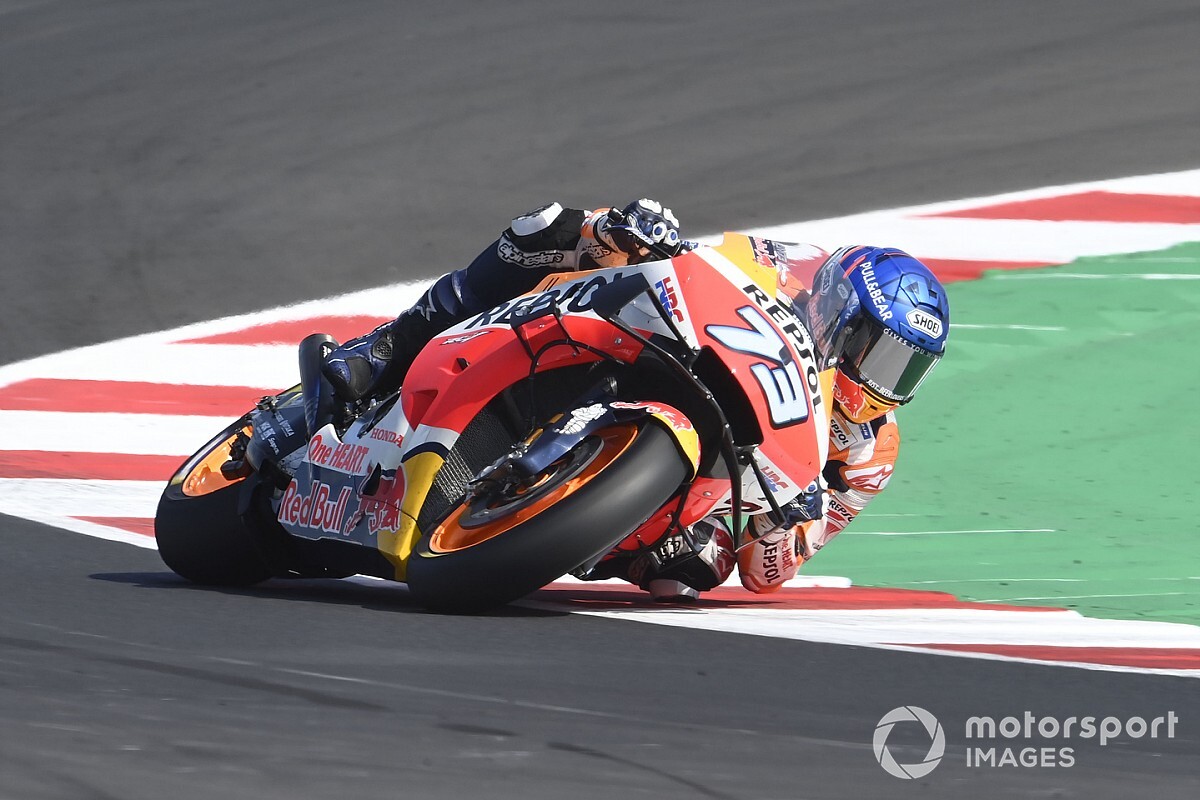 Honda is down to just two riders for this weekend's Emilia Romagna Grand Prix, after Marquez's factory Honda team-mate Stefan Bradl was forced to withdraw owing to an issue with numbness in his arm which struck him in last week's Misano race.

The German began suffering numbness last month during the Austrian races, though the situation deteriorated further last week and forced him to undergo a small operation on Monday.

This comes after complications from arm pump surgery forced LCR's Cal Crutchlow to withdraw from the Misano double-header, while world champion Marc Marquez has been sidelined since the Spanish GP with a broken arm.

The difficulties of the RC213V have been well-documented, though the 2020 version seems to be even harder to ride than its predecessor, with Crutchlow admitting at Austria that he was "going in circles" trying to fix the bike's issues.

As a result of them, no Honda rider has made it onto the podium yet, with the top 2020-mounted RC213V runner Marquez on 15 points in 17th in the standings.

When asked by Motorsport.com if the problems the bike caused Bradl was a sign that Honda needs a fundamental design philosophy change, Marquez replied: "I think through all the years Honda is a bike that is demanding a lot of the rider, that you need to be really fit.

"To change this, I don't know. I'm not an engineer to say where we can change.

"It's true that for example that it's unbelievable to see Maverick [Vinales] on the Yamaha with a heart rate of 120bpm. I'm already at 120bpm when I'm walking.

"I'm feeling well on the bike. It's true that it's demanding, but if you are fit it's not a problem."

While no bike is easy to ride when below full fitness, Francesco Bagnaia managed to get his Pramac Ducati to the podium in the San Marino GP while riding with a broken leg, while teammate Jack Miller was second in the Styrian GP a day after suffering some nerve damage in his shoulder.

Last month, Crutchlow brushed off suggestions that Honda needs to change the bike owing to the fact that Marc Marquez is still able to win on it.