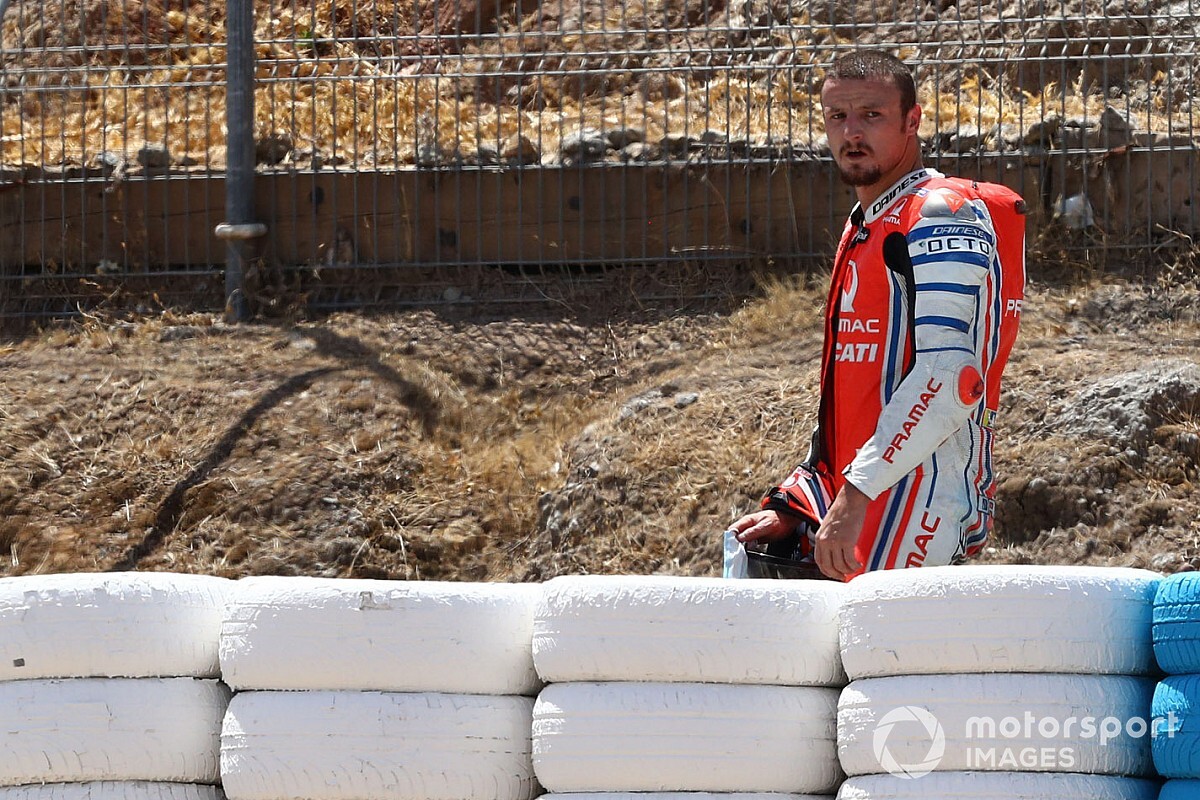 Jack Miller says his crash from the MotoGP Andalusian Grand Prix was his only acceptable mistake this season, in which he believes he can still be a title threat.

The Pramac Ducati rider declared on the Saturday of the second Jerez race last month following reigning world champion Marc Marquez’s withdrawal through injury that he was in the championship hunt.

However, after crashing out of the Andalusian GP, Miller admitted he would go back to taking it race by race. While he thinks there is “nothing stopping” him from fighting for the title this season, he says he cannot afford any more mistakes.

“It’s still early days,” said Miller, who sits 37 points of the lead in seventh in the standings. “It’s unfortunate we made that mistake. I think if we want to be involved in this championship then I think we need to be not making any more of them now. We’ve had our one. One, OK, it can happen, but that’s all we can have.

“Now we need to get this thing going if we want to try and challenge. I don’t think there’s nothing stopping us from doing that. That’s been my object for the week, just focusing on that.

“And if we really want to try and challenge them, we need to try and take the maximum points this weekend.”

The coming triple-header at Brno and the Red Bull Ring should provide Ducati with an opportunity to score big results. For Miller’s Ducati stablemate Andrea Dovizioso, he sees the next three races as an important phase for both his championship challenge and his 2021 contract talks – as strong results will strengthen his negotiating position.

Asked if he sees the next three rounds as crucial to his season, Dovizioso replied: “Yes for sure, for everything, because the next races will be important for the championship because we are in good tracks for us. And the results always affect the future.”

Dovizioso is currently top Ducati rider in the standings in third, 24 points from championship leader Fabio Quartararo following a third and sixth-place finish at the two Jerez rounds.