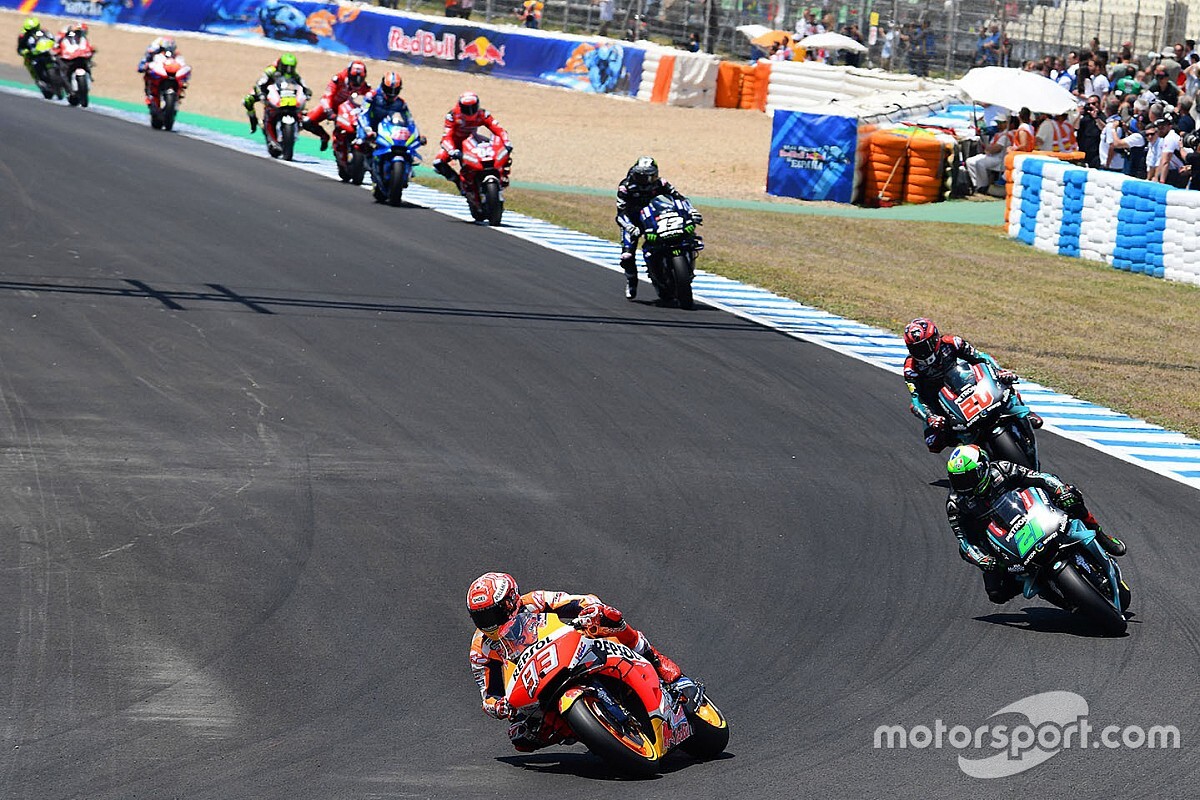 Jerez is in discussions to hold the first two rounds of the delayed 2020 MotoGP season on consecutive weekends at the end of July.

So far, the global coronavirus pandemic has caused the opening 11 races on the original calendar to fall by the wayside, with the Dutch TT, German and Finnish Grands Prix becoming the latest to be officially scratched late last month.

That means in theory the season is set to begin in early August with the Czech Grand Prix at Brno, but MotoGP promoter Dorna Sports has been investigating the prospect of starting up the season earlier in its home country of Spain.

Now it has emerged that Jerez has been targeted with a proposal to host two MotoGP races on back-to-back weekends, followed by a World Superbike event the week after that.

The mayor of the town of Jerez de la Frontera, Mamen Sanchez, told local publication Diario de Jerez: "It is a good offer that we cannot reject.

"It is very tempting since it would mean the presence of numerous people in the city for three weeks, with the consequent benefit for the hospitality sector."

Sanchez added that the races would almost certainly be closed-door events.

Speaking in a recent roundtable with leading MotoGP journalists, Dorna CEO Carmelo Ezpeleta suggested that the Czech and Austrian rounds could keep their existing August dates as part of plans to host 10 or 11 European races until the start of November.

Motorsport.com understands that Barcelona has also been approached about holding two races on consecutive weekends as part of this plan.

Ezpeleta suggested that it wouldn't become clear until September whether it would be possible to close out the championship with flyaway races, as it remains unclear when current curbs on international travel as a result of the pandemic will be lifted.

A new calendar is expected to be issued towards the end of May.

Talks to place Rossi at Petronas SRT get underway