KTM’s Pol Espargaro says Sunday’s MotoGP Catalan Grand Prix will come down to “who cares less” about crashing as he believes the degradation of the preferred soft rear option tyre will be huge. 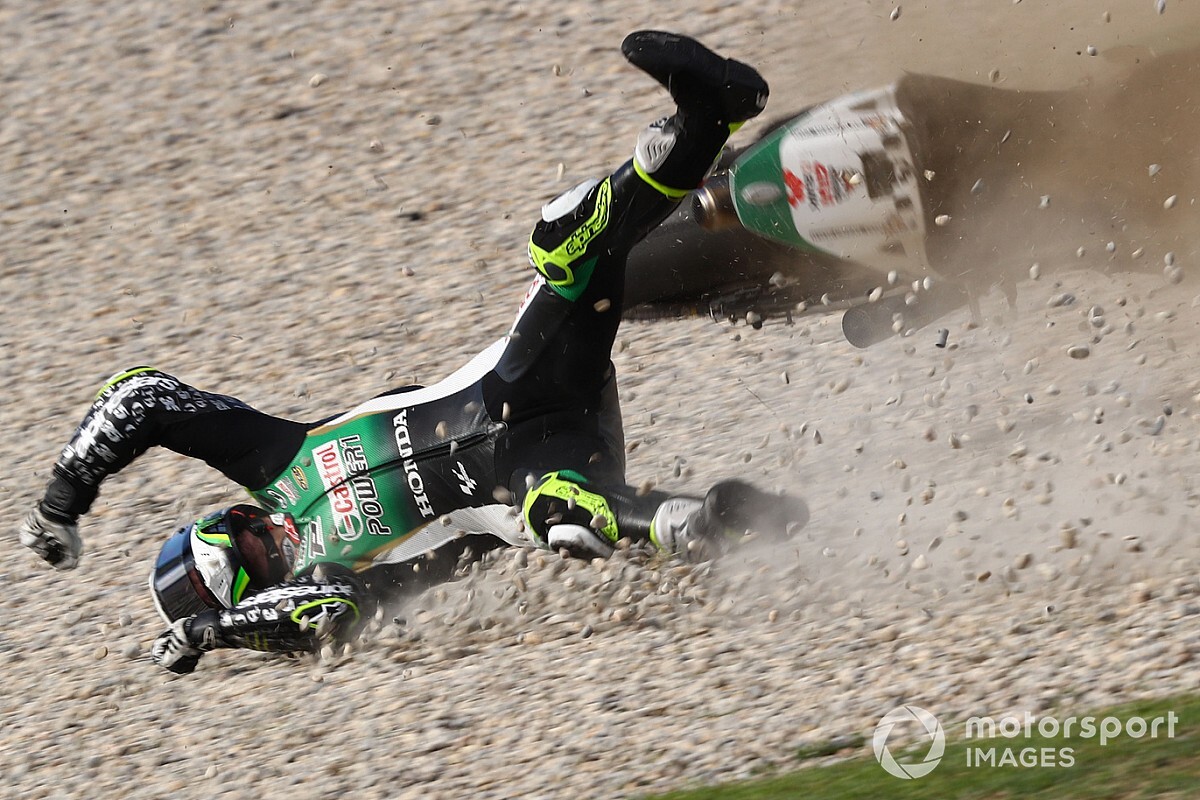 Many riders have struggled for grip and tyre durability at the Catalunya circuit this weekend, with most already favouring the softest rear tyre for the race.

Catalan GPs tend to be races of attrition owing to the low-grip nature of the circuit, with the cooler conditions causing issues as Michelin’s tyre range is similar to what it would have brought had the race been run in June as normal.

Espargaro, who qualified seventh on his KTM, says the high risk of crashing on Sunday will likely mean those who are willing to risk more will come out on top.

Espargaro explained that his team doesn’t have enough useful data on how the medium will perform because scrubbed rubber lost performance, and the limited allocation meant he couldn’t keep using new ones.

“When we re-use a tyre from one session to another one, always when you are using a medium or soft and you pit-in and pit-out, you feel a big drop,” he added. “But if you even cool down the tyre and warm it again, like it happened in FP4, it’s even worse. The tyre becomes so hard and you never get to the rhythm to heat the tyre up again and you’re just spinning [the rear].

“So, the problem in that situation we don’t know if the medium tyre has potential, because we don’t know if by using a new tyre if we could bring it into a better situation and the tyre would work good. But we don’t have enough tyres to do that, so we have to re-use and it’s impossible to re-use tyres here. It’s dangerous.”