KTM admits developing its RC16 MotoGP bike in 2021 with a relatively inexperienced line-up will be a “challenge”, but believes it will “manage the situation”. 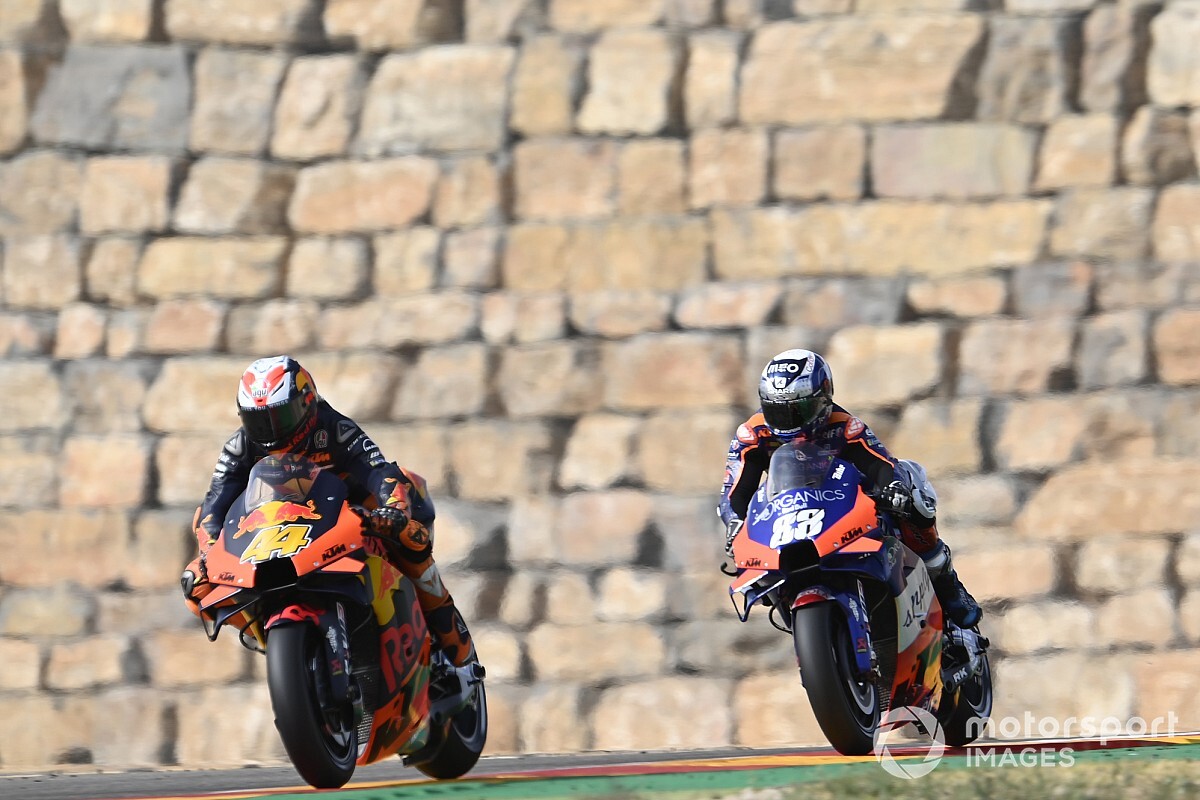 The Austrian marque will lose Pol Espargaro to Honda next year, with the Spaniard having been with KTM since its debut season in 2017 and spearheading its development.

KTM’s works team will be headed by Miguel Oliveira – who will enter his third season in MotoGP – and Brad Binder, who will be in his second, while fellow rookie Iker Lecuona will continue at Tech3 alongside incoming Ducati rider Danilo Petrucci.

Assuming 2021 will be a normal calendar season, both Binder and Lecuona will have to learn more circuits, while Petrucci has no prior experience of the unconventional RC16.

KTM also loses its concessions next year, meaning it won’t be able to do any private testing with its race riders.

However, when asked by Motorsport.com if the inexperience in its line-up is a concern for the development of the RC16, KTM technical coordinator Sebastian Risse is confident this won’t be a major issue.

“Of course, it is a challenge,” Risse said at Aragon last weekend.

“That’s clear. But we’ll also have Danilo, who has experience but not on this bike. And it’s the situation we will have to manage.

“I think our riders are all developing in a really great way. It’s true on some tracks they can’t get experience because we don’t go there [this season], but we can’t change that and we will make the best out of it.

“I think overall in the setting development, the thing that you really do in the usual race weekend, they have already a lot of experience.

“It’s not the first time they’ve ridden motorcycles, even it was on others, and we will manage the situation.

“Sure, we won’t manage in exactly the same way as now, because now we have one rider who has more experience than the others.

“But, we have many riders and many good riders and we will distribute the work in a way in the end I think we can do well next year.”

The loss of KTM’s concessions – a result of Binder and Oliveira’s wins this year – means it has to change its approach to development, Risse explains, with an “extra push” having to be made over the winter now.

“Sure, we are in an interesting point now because we lost our concessions,” he added.

“So, that is an extra challenge we will face for the next season and also it means doing some extra push now over the winter.

“It’s not only technically the rules are changing, it’s also the approach, working together with the test team and the factory and the race team to put the best bike on track.

“Before, we were able to test a lot of things with the race riders.

“In future we are not, so if we want to test it before we go racing it means already [doing so] this winter and that’s something where we put a lot of emphasis on.”