KTM needs a few tenths to fight for Qatar points 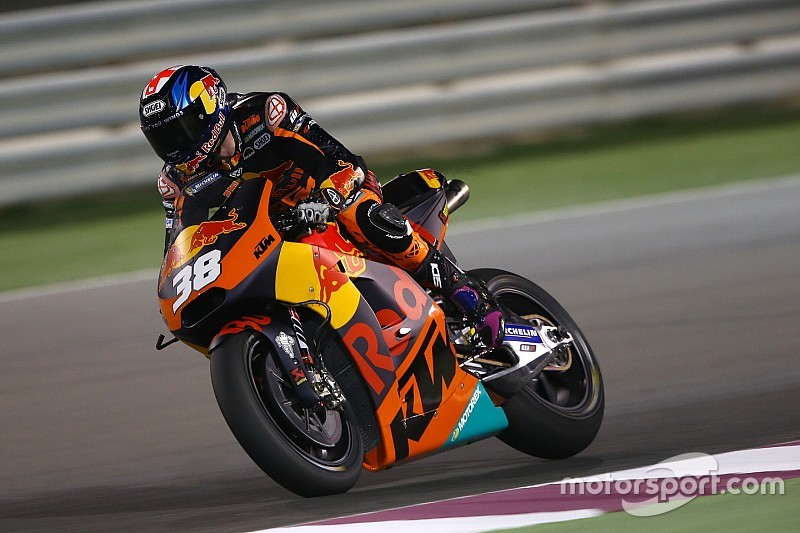 KTM's Bradley Smith reckons the Austrian manufacturer needs to find a few tenths in next weekend's Qatar MotoGP opener to be able to challenge for points.

The Briton completed the final pre-season test in Qatar in 21st, only beating his teammate Pol Espargaro and KTM test rider Mika Kallio.

His time of 1m56.351s was less than two tenths off Aprilia rookie Sam Lowes and the injured Tito Rabat, but Smith admitted there is a bigger gap to the next group, which will be in the fight for points.

"I think we are close to the two guys in front, and then there is a bigger gap in the next area, and that next area is where we need to be if we want to fight for points," Smith explained.

"Looking at the laptimes, we need to find probably another half a second from somewhere. If we can be in the 1m55s in qualifying, that would be quite positive but then again we have to see the track conditions.

"It would be nice to come here and fight for points, maybe that's a little bit optimistic from my side, but let's set the bar a little bit high and see if we can chase that."

He added: "I think we are about half a second away from [15th place] at the moment in terms of one lap and probably only about a quarter of a second, two or three tenths away from that on the race pace."

"From my feeling the bike is quite consistent over race distance and I know the guys will be struggling with one lap with some of the bikes out there.

"It's possible but they drop quite a lot. Let's see, 15th would be nice but the most important thing is finish, gain that information and give all of the knowledge to the team."

Despite the KTM bikes taking the last three places in the classification, Smith was satisfied with the Qatar test, where the team trialled a new specification of engine.

"Just working with the mapping, especially on the electronics side, we made some good progress, we now have something that's a lot more consistent.

"[It's] good over a race distance even with an old tyre, so a really good job by everybody and we wait and see what happens when we are here for the race."

Redding felt like “old self” in Qatar MotoGP test