KTM boss Mike Leitner says Miguel Oliveira was offered Johann Zarco’s vacant factory MotoGP seat for 2020, but the Portuguese rider was “very clear” in his decision to remain with Tech 3. 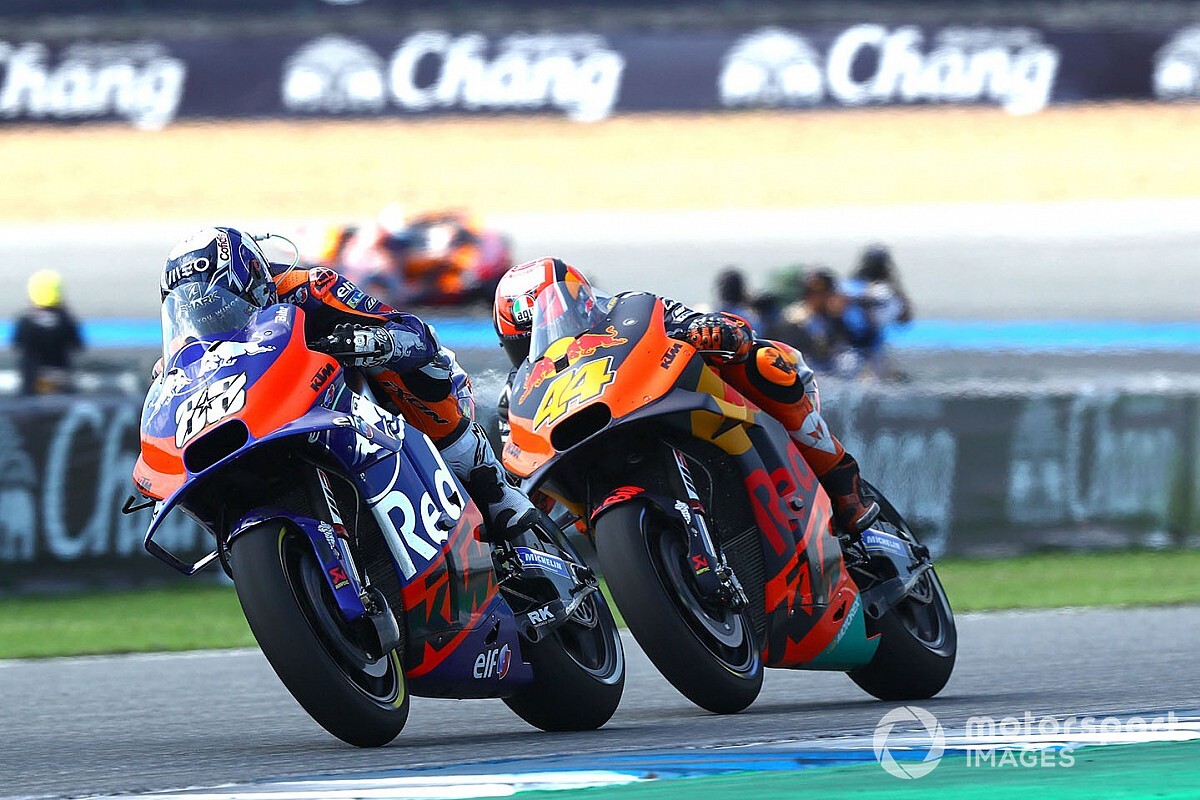 Moto2 frontrunner Brad Binder, who was due to make his MotoGP debut with Tech 3 next year, was named as Zarco's factory replacement earlier on Thursday, with Iker Lecuona stepping up to take the spot opened up by the South African's promotion.

This prompted Oliveira to say the decision to promote Binder left him feeling “not worthy”, but Leitner insists Oliveira himself turned down the chance to move.

Leitner told MotoGP.com: “[It] was a very bad moment when Johann wanted to stop the contract in the middle of the year.

“So, of course, we’ve been pushed into this situation, and the first thing was very clear: the first rider we asked who to replace Johann was Miguel.

“He had the chance to come over, change places, and his answer was also very clear that he preferred to stay in his [current] team, with his crew chief. He’s happy there.”

Tech 3 team boss Herve Poncharal – though not present at the meeting where KTM firmed up its line-up – backed up Leitner’s claims that Oliveira was asked to replace Zarco in 2020 and opted against the move.

“I have been told that in Misano factory KTM [management], which was Mike Leitner and Pit Beirer, had a meeting with Miguel Oliveira and asked him ‘in case we have to take somebody to replace Johann Zarco, would you be ready to come?’,” said Poncharal.

“They told me that Miguel confirmed in Misano that he said if I’ve got the same technical treatment, I’d like to stay with Tech 3. This is his own choice.

"Next year KTM has made a point that everybody will have the same machinery with the same evolution and the same specification. So at the end of the day this is more a human environment than anything else, and Miguel feels [good in] the team.

“Miguel has a lot of trust with Guy Coulon, his crew chief. So, for me, this was a clean and clear decision, but believe me, Red Bull KTM is 200 percent behind Miguel.

“They like him, they trust him. He’s been with them since Moto3, Moto2 and there is no reason to do something that would hurt Miguel’s career, absolutely not.”

Oliveira had to "manage emotions" throughout Portuguese GP