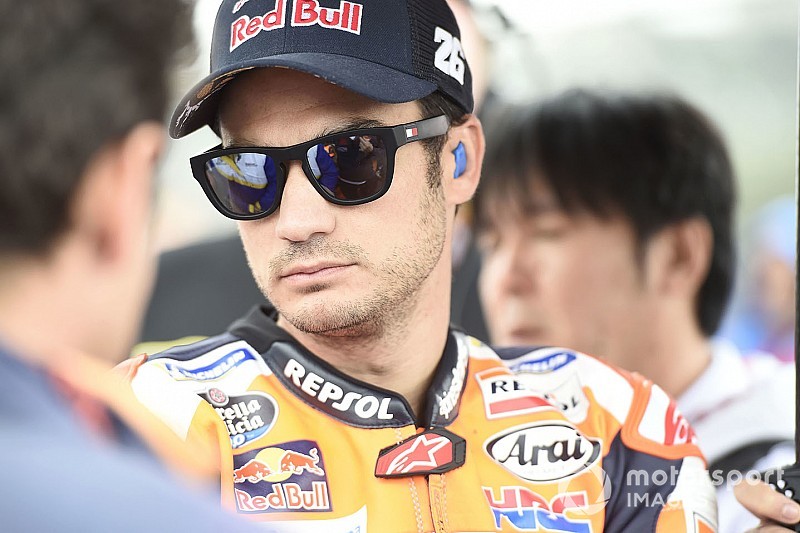 Dani Pedrosa will make his first MotoGP test outing on a KTM later this month after obtaining permission from Honda, which still has the Spaniard under contract.

As revealed by German publication Speedweek, Pedrosa will get his first taste of the RC16 at Jerez on 18-19 December.

The original plan was that the 33-year-old, who chose to retire from active MotoGP competition this year, would make his first appearance for KTM in February's first pre-season test at Sepang.

However, the Austrian marque was able to secure Honda's blessing for a first run for its new test rider prior to the end of the year, when his contract with Honda expires.

It follows Ducati allowing Jorge Lorenzo to ride for Honda in both of last month's post-season tests at Valencia and Jerez, albeit with the three-time premier class champion banned from making any statements to the media.

Pedrosa joins Mika Kallio in KTM's test line-up for 2019 after opting to call time on a glittering grand prix career that has delivered 31 MotoGP race wins as well as three titles in the 125cc and 250cc classes.

His 2018 campaign was the worst of his premier-class tenure however, as he ended up 11th in the standings after failing to win a race all year for the first time since 2001, his first year in 125s.