KTM “in the game now” after strong MotoGP opener 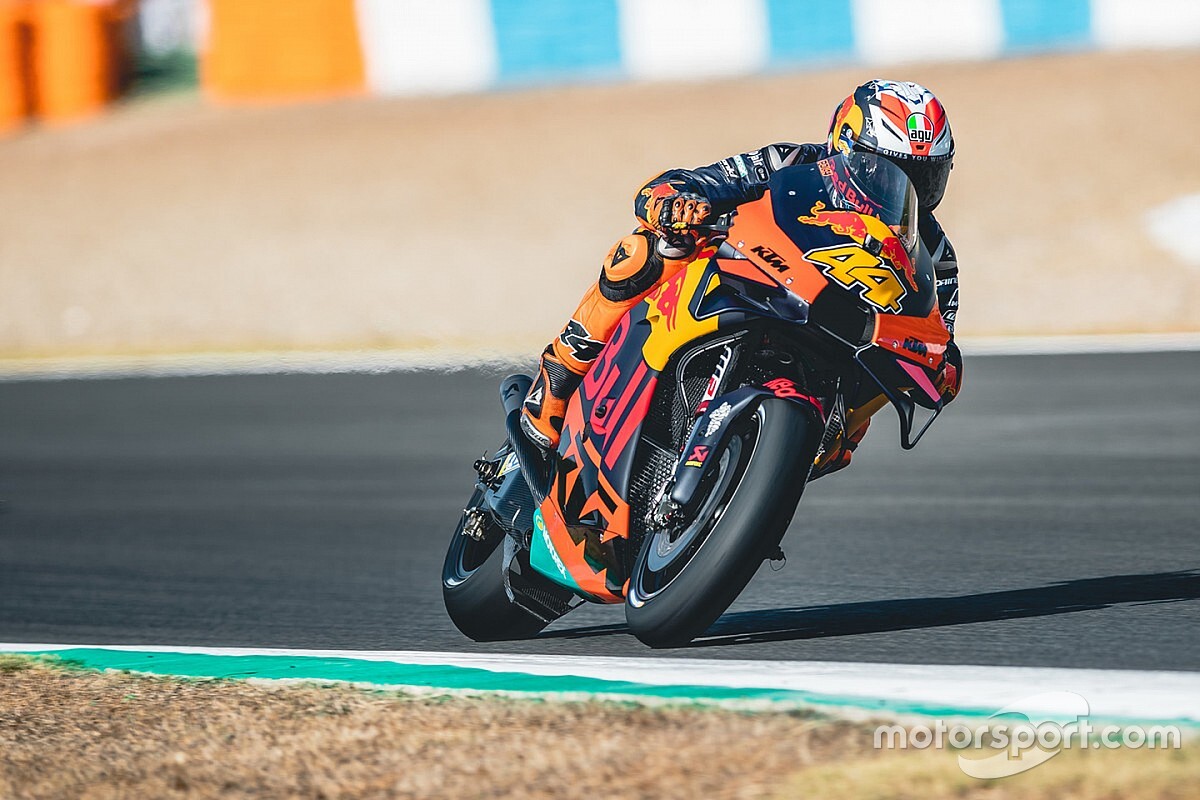 Pol Espargaro believes KTM is “in the game now” in MotoGP, after finishing just one second from a first dry podium finish in the Spanish Grand Prix.

Espargaro qualified seventh on his RC16 at Jerez, though was promoted a place after LCR Honda rider Cal Crutchlow had to withdraw from the race due to an injury.

The KTM rider stayed in the group fighting for the last place of the podium for the entire 25-lap distance, crossing the line sixth after losing out to Petronas Yamaha's Franco Morbidelli late on when a move on Ducati’s Andrea Dovizioso at the last corner proved unsuccessful.

The RC16 has proven to be a strong package across testing, with Espargaro claiming KTM was “on the level of the others” in MotoGP at Jerez.

"Here we are in the level of the others, or even faster," said the Spaniard. "Because I felt that if I could be alone, I would ride two, three, even sometimes four tenths faster, and we were riding in 1m39.1s, 2s, 3s, while I could be riding in 1m38.7s, 8s in that rhythm.

“So, in one stage I felt faster than them. Also, good news is that all the [KTM] riders were going fast. Brad [Binder] is going very fast,  Miguel [Oliveira] and Iker [Lecuona] as well.

“All of us, the four KTMs on the in grid are powerful and strong, especially on race pace. We're looking forward and we're in the game now.”

Espargaro spent part of the race following the Ducati of Dovizioso, and believes – aside from the GP20’s power – the KTM is “faster everywhere” at Jerez.

“Just we are losing on the straight against Ducati,” Espargaro said. “I promise you, we are faster on brakes, we are faster entering the corner, we are faster in the corner speed - just they have traction maybe a little bit better, but just the top speed [is where we lose].

“He [Dovizioso] was slower than us. I'm not saying that to look good, but this was the truth. I tried to overtake him because I felt faster than him, but he would overtake me back in the straight. It's the only place they were faster than me.

"The rest I could fight against, and my rhythm was faster today. I was giving away sometimes - by doing a mistake, going wide - six tenths and in four or five, six corners I was already two tenths [behind again].