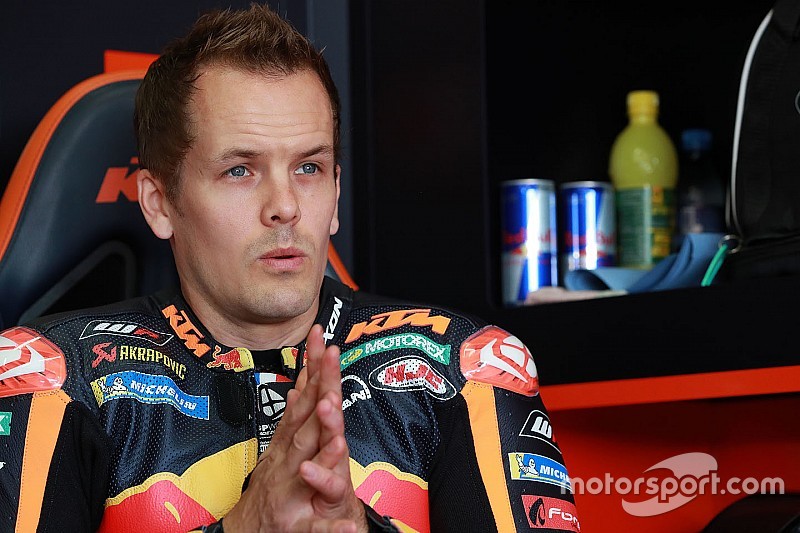 KTM confirmed that Mika Kallio will continue as a test rider for the Austrian manufacturer in the 2019 MotoGP season, despite missing the second half of this year with injury.

Kallio has been part of the KTM MotoGP project since its inception, being the first rider to race the bike in the 2016 season finale at Valencia and making six wildcard appearances since then.

However, he seriously injured his right knee ligament in a crash during his seventh wildcard at the Sachsenring this year, and was forced out of action for the rest of 2018.

While he was replaced by Randy de Puniet for this season, it was widely thought Kallio would continue as a test rider in 2019, albeit with less wildcard opportunities.

Having now been officially confirmed, Kallio said he is "ahead of the schedule" with his recovery.

"I'm doing well with my recovery, and the programme is laid out so I will hopefully be 100 percent by the time we need to start work for 2019," commented the Finn.

'I’m ahead of schedule but there are also days where I make progress and sometimes when it doesn't feel like much, so it is day-by-day.

"I’m wearing a splint to protect the knee from bad torsion and I’m working hard on mobility and building up the muscle around the joint again.

"I have been cycling and can walk without crutches although it is still too early for me to try the bike.

"It’s great to stay with KTM. We’ve made some good gains with the RC16 and I think you can see that through the race times in 2018.

"It will be exciting to see how much further we can keep moving closer to that lead group."

KTM Motorsports Director Mike Leitner added: "It’s great to see Mika up and mobile and focussed on making a full recovery as soon as possible.

"It was also positive that he could already make the trip to Austria to talk about our MotoGP plans for the future.

"He’s been an important part of our work from the start of the project. It makes perfect sense for us to continue together and be able to use his speed, his knowledge and all the experience he has gained so far."

Kallio is set to be partnered by Dani Pedrosa in an expanded KTM test team, as the Spanish veteran retires from racing after 13 years in MotoGP.

Why Ducati must change to achieve MotoGP greatness