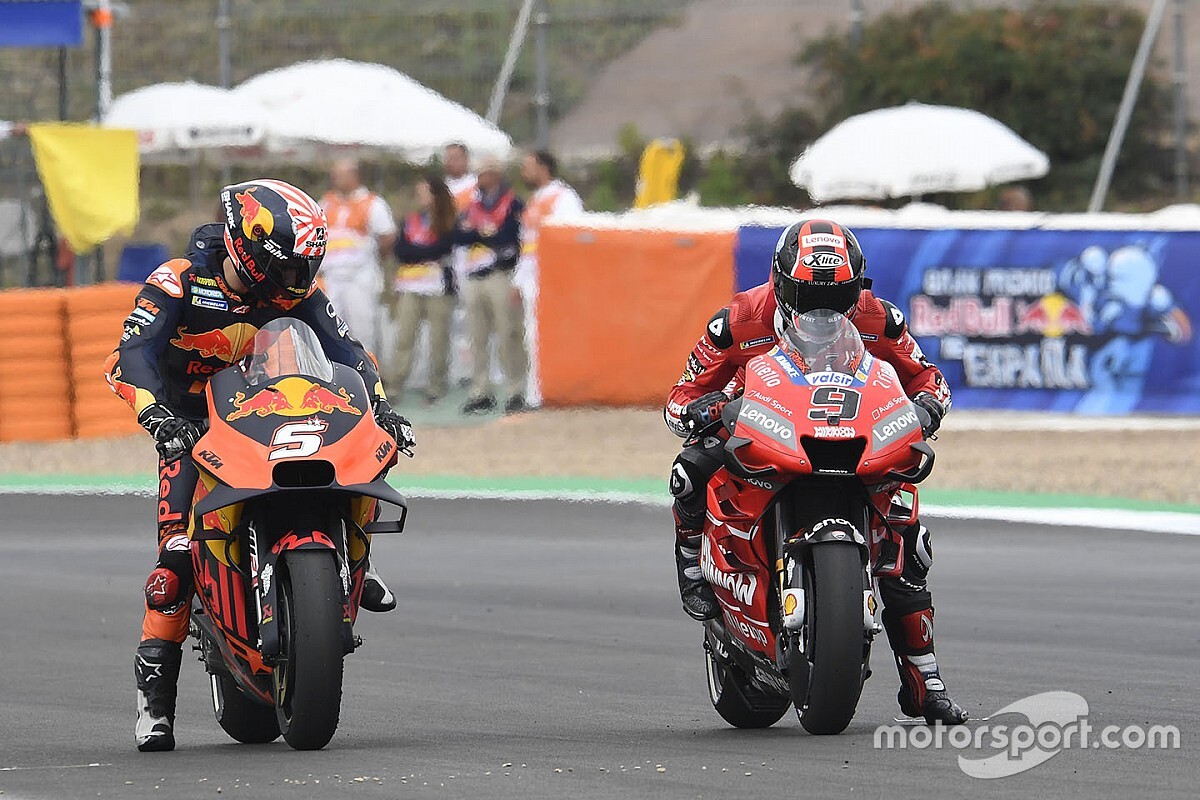 KTM CEO Stefan Pierer says his MotoGP team will never give up on its unique steel trellis frame concept, and has criticised Ducati for moving away from the design 10 years ago.

The Austrian manufacturer is the only one on the MotoGP grid not to use a conventional aluminium twin-spar chassis, and at the start of this season KTM motorsport boss Pit Beirer declared abandoning its tubular frame was "not an option".

Ducati likewise used a steel trellis chassis when it joined grand prix racing in 2003, and even ran the concept to a riders' title in 2007 with Casey Stoner - its only MotoGP title triumph to date.

However, in 2009 the Italian marque gave up on steel, switching to an all-carbon fibre design that season, and then in 2012 it joined its Japanese rivals in using a full aluminium chassis in order to try and help the struggling Valentino Rossi.

Despite the scepticism of rival manufacturers, who are convinced that KTM will sooner or later have to abandon its unique style of chassis if it wants to succeed in MotoGP, Pierer is adamant that his company will always use steel frames.

He also stressed that he wants KTM's racing machines to bear a resemblance to its road bikes.

“If we follow Ducati’s path, we’ll lose," Pierer told Motorsport.com. "KTM is involved in racing for two reasons. Firstly, to innovate, but then, because we want to sell bikes.

"For me, racing isn't just about emotion. That’s why my motto is ‘win on Sunday, sell on Monday'."

Pierer also pointed out that the steel frame concept is how KTM has come to dominate in other two-wheeled motorsport disciplines, something he is convinced is also achievable in MotoGP.

“We will never leave aside the tubular chassis because it is one of the main advantages of our bikes," he said. "You gain flexibility and lose weight, that’s how we dominate the motorcycling world in many disciplines.

"What must happen to reach this goal is you need to have the correct people in the right position. We needed 11 years to win in Supercross, but when we got it we won five titles in a row. We needed seven to do the same in the Dakar, and now we’ve taken 18 titles in a row.

"We’ll maybe need 10 [years], but sooner or later we’ll dominate in MotoGP too."