Motorsport.com revealed earlier this week Nakagami will undergo surgery on a shoulder injury after his home race in Japan, and will be replaced by Zarco for the Australian, Malaysian and Valencia Grands Prix – news that was officially confirmed on Wednesday.

Zarco was dropped from KTM’s line-up following last month’s Misano race, having already asked for his two-year deal to be terminated early amid a tough season.

Cecchinello admits HRC test rider Stefan Bradl – who filled in for an injured Cal Crutchlow at the team for the final two races last year – was his first choice, but development duties with the ’20 bike ruled him out and that left Zarco as the only viable option.

“Of course, test rider Stefan Bradl was our first option,” Cecchinello said. “When we discussed with HRC about the possibility to have Bradl as a replacement rider, they unfortunately told me that he has a very busy schedule with the development of the new bike.

“He wouldn’t be available for certain for the Malaysia race, which is very important for our sponsor, for Idemitsu, for other sponsors. We finally understood with Honda that Bradl was not an option, so who else?

“As a manager, I need a professional rider who is able to jump on the bike and do a correct job without taking too many risks because, it is dangerous as well to put a young kid on this bike.

“So thinking about a professional rider, I came up with the idea of Zarco. Before contacting him I talked with Honda and Honda was a little bit surprised, but after a  couple of hours they say, ‘OK, go and try to ask him’.”

It is thought Honda has seen this as an opportunity to evaluate Zarco as a potential replacement for the struggling Jorge Lorenzo at the works team next year.

His future remains uncertain despite committing to seeing out his contract following a brief link to a Ducati return with Pramac during the Austrian GP weekend.

Zarco was also thought to be close to signing a deal with Yamaha to join its test team, though it is unclear where this lies now.

With both LCR riders out of contract at the end of next year, Cecchinello admits Zarco “can be an option” for 2021 and beyond.

“Definitely he is a competitive rider,” he added. "He is a two-time world champion in Moto2, he showed to be competitive in the MotoGP class doing a very good 2018 season, rookie of the year [in 2017].

“I believe that we are looking for riders because the market in 2020 will be open for 2021 season. So let’s say that can be an option even for our team in case Cal will decide [to retire] or we’ll not find an agreement with Cal.” 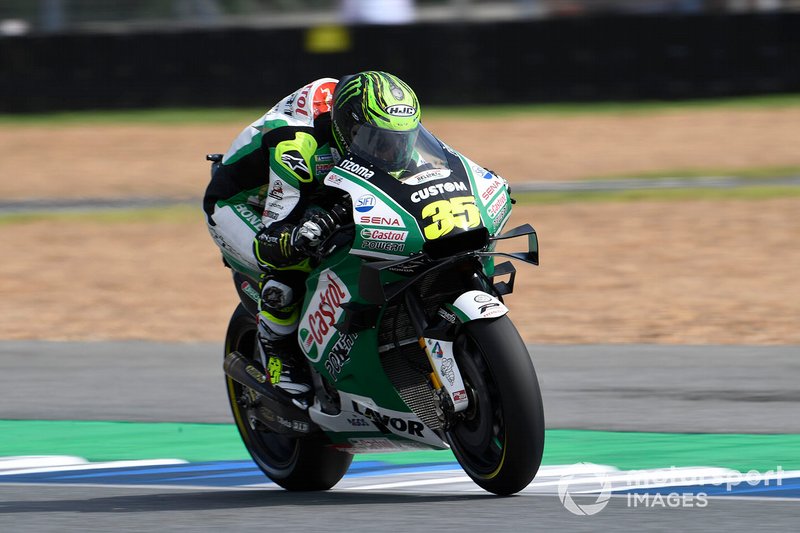