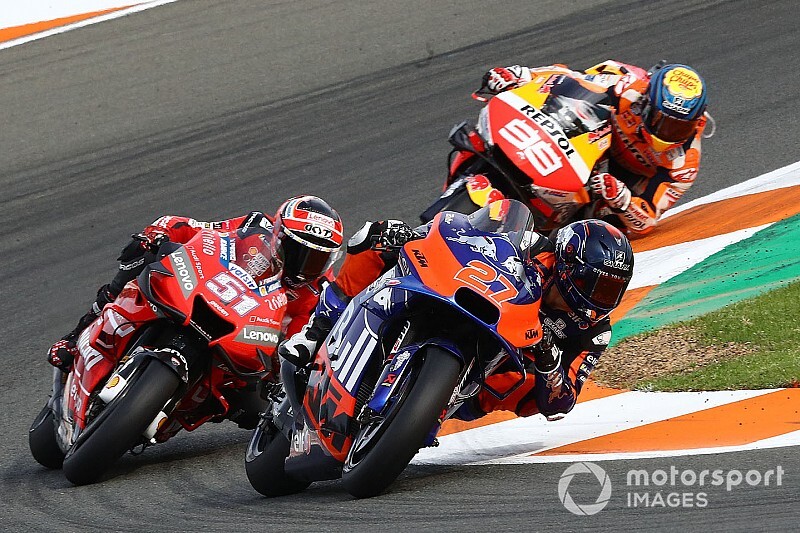 MotoGP debutant Iker Lecuona has described his incredulity at overtaking three-time champion Jorge Lorenzo during a "spectacular" weekend in Valencia.

The 19-year-old was drafted in by Tech 3 KTM for the 2019 season finale to replace Miguel Oliveira, and will contest his first full season in MotoGP next year alongside the Portuguese at the team.

Having never ridden the bike prior to the weekend, Lecuona got progressively faster as it went on, and ran as high as 15th in the race after overtaking a number of riders.

Among these was Repsol Honda man Lorenzo, who was contesting his last-ever race as a MotoGP rider.

"When I overtook Lorenzo, which I did twice, once at Turn 5 and another on the inside of Turn 4, it was like 'What is going on here? I'm overtaking Lorenzo, this is no small thing'," Lecuona recalled.

"I was more nervous on the grid than when I started third in Japan [in Moto2] last year. I was very nervous seeing myself alongside [Valentino] Rossi, Lorenzo and everybody else."

Lecuona's charge ended when he became one of three riders to fall at Turn 6 in quick succession, his bike sweeping an unlucky Johann Zarco off his feet in the gravel.

He was "afraid" of having injured Zarco and ran straight to the Frenchman - who ultimately escaped major injury - instead of trying to pick up his bike and continue.

Yet in the end the accident and subsequent heart-in-mouth moment did not take the shine off the Valencia weekend for Lecuona.

"It's been a spectacular weekend," he said. "I didn't imagine I would adapt [to MotoGP] so quickly.

"It's amazing that in my first race I was in the points. I made a mistake when I fell, but I'm very happy.

"I overtook [Mika] Kallio on the works KTM. I was careful because it's the factory bike and it's my first race and I didn't want to make a mess, but I knew that I could break away if I passed him.

"With Pol [Espargaro on the lead KTM] we were more or less on the same pace. I can't complain, and I have to thank the team." 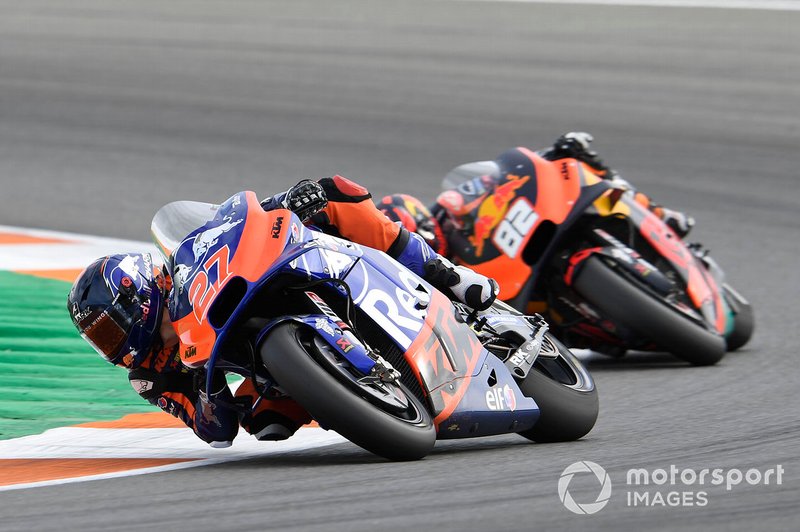