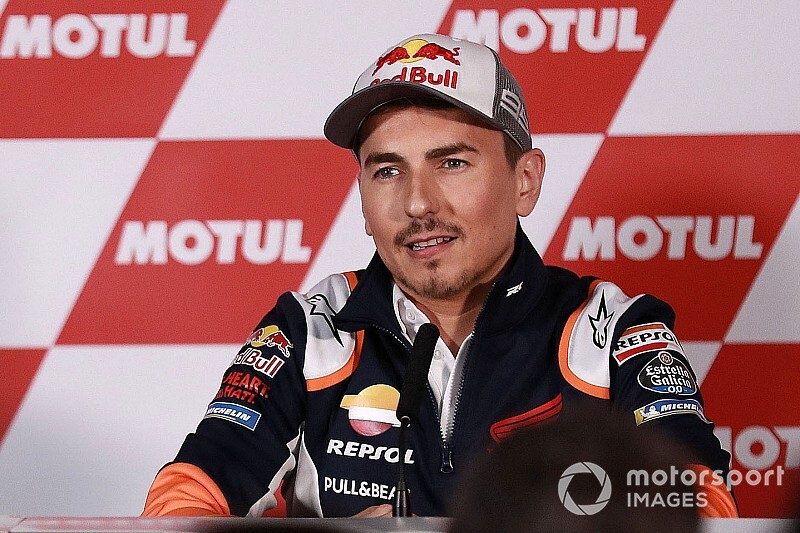 Faced with a likely exit from Ducati, Lorenzo contacted Honda during the 2018 season and agreed a shock switch to become Marc Marquez’s teammate from this year onwards.

However, this stint with the Japanese manufacturer quickly devolved into a nightmare as Lorenzo was hit by injuries both in the lead-up to and during the campaign and struggled to get his head around the 2019 version of the RC213V bike that was dominating in Marquez’s hands.

This created significant doubt over whether Lorenzo would see out his two-year deal with Honda, and in the aftermath of the most recent race at Sepang the 32-year-old came to a final decision to walk away from MotoGP.

“You all know I love to ride, I love competition, I love this sport, but above all things I love to win,” said Lorenzo in a special press conference arranged ahead of what will now be his farewell grand prix in Valencia.

“I realised at some point that this was not possible, at this short time with Honda. At this stage of my career, [it] was impossible for me to keep motivation. My goal that I put into my mind at the beginning of the season was not realistic, in a short time.

“I have to say, I feel very sorry for Honda, especially for Alberto, who was the one who gave me this opportunity.

"I remember very well that day in the Montmelo test [in 2018], the first meeting that I got with him, to start chatting about my move to Honda, and I said to him: 'Alberto, don't make a mistake signing the wrong rider - trust me, and you will not regret it'.

“However, I think this is the best decision for me and for the team because Honda and Jorge Lorenzo cannot be fighting to just score some points at the end of the race, or even to enter in the top five, or even fight for the podium - which I think would be possible with time. I think we both are winners, that need to fight to win.”

Lorenzo had explored a potential move away from Honda when he was on the sidelines after a heavy shunt at Assen, which left him diagnosed with a spinal vertebra facture.

And having previously admitted the crash – which had come shortly after another big incident in Barcelona testing - had left him with doubts, Lorenzo has now revealed he was ready to walk away from the sport in the immediate aftermath.

“When I was starting to see some light in this tunnel [after a difficult start to 2019], happened a nasty crash in Montmelo test. And then some days later I crashed again in this ugly Assen crash, you all know the consequences that that created.

“I have to admit, when I was rolling on the gravel and I stood up, I thought to myself: ‘Okay, Jorge, is this really worth it, after what I achieved? To keep suffering? I'm done with it, I don't want to race anymore.’

“But then I came back home, I decided to give it a try, I didn't want to make any early decisions. I kept going.

“But the truth is, from that moment, the hill became so high and so big for me that I was not able to find the motivation, the patience, to keep trying to climb this mountain.”