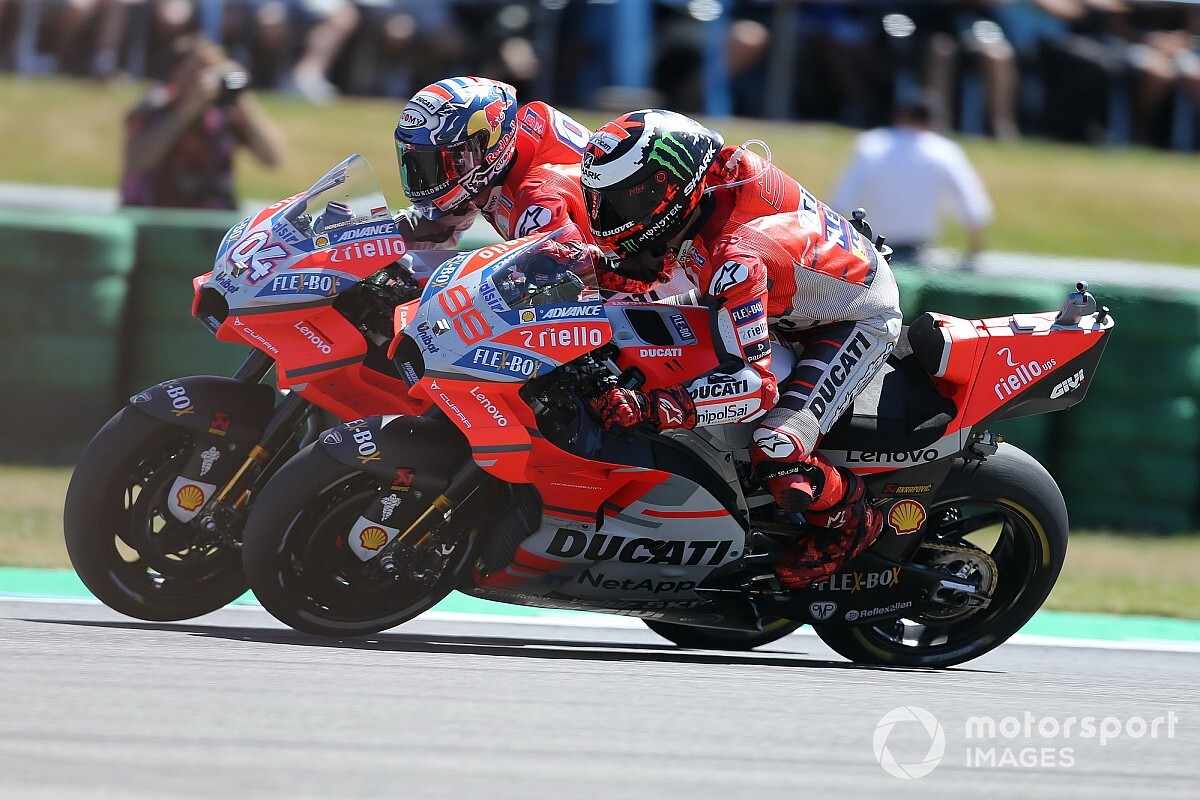 Tensions between Ducati factory riders Jorge Lorenzo and Andrea Dovizioso have flared up once more ahead of MotoGP's return from its season's summer break.

Lorenzo, who joined the team last year and will leave for Honda in 2019, had accused teammate Dovizioso of “trying to undermine” him earlier this year.

For his part, Dovizioso – who outperformed the Spaniard last year and enjoyed a vastly better start in 2018 – commented that Lorenzo's approach “didn't work” at Ducati.

And while a rough patch for Dovizioso coupled with breakthrough back-to-back wins for Lorenzo in Mugello and Barcelona have now left the pair just three points apart in the standings, Dovizioso refused to back down from his claim when speaking to Spanish sports daily Marca ahead of the upcoming Brno race.

“He’s won two races,” Dovizioso said. “Winning two races does not solve the problem of a year and a half.

“Lorenzo was not signed to win two races. Therefore I do not change my mind.”

When the comments were put to Lorenzo, the three-time champion offered an ardent retort, stating that Dovizioso's rhetoric was proof of the claim he'd made back in April.

“I'm a bit fed up with this situation, mainly because when I had trouble and he was winning, I was down there applauding,” Lorenzo told Spanish broadcaster Movistar. 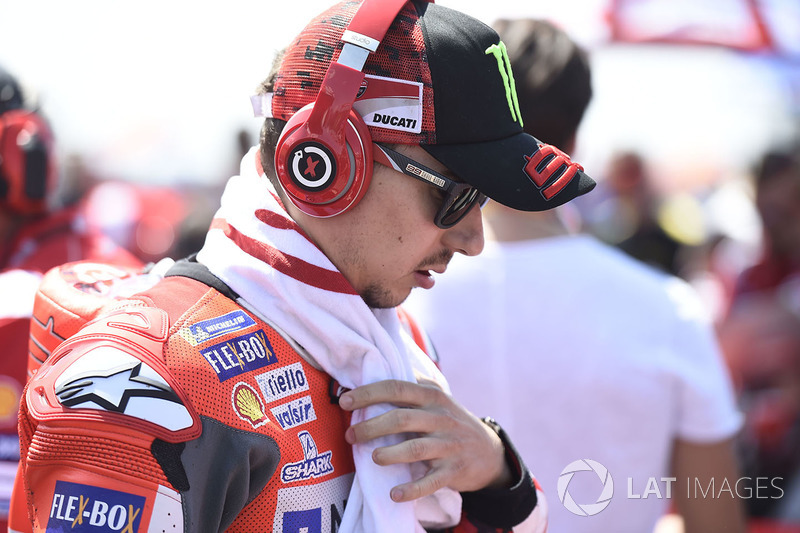 “What I said in Argentina - and the comments caused a big surprise - you can see that I was right.

“He tried to undermine me, or downplay what I achieve or just attack me. As you can see, I wasn't lying.

“He's still doing it and now he says my method is not good, according to him.”

Lorenzo intimated that Dovizioso was in no position to criticise him, as the Italian could do no better than runner-up to Marc Marquez in a 'perfect' 2017 season.

He said: “I think my method has not worked too bad in my career. I've won three MotoGP titles and have 46 wins.”

“In my second year in Ducati I'm usually faster than him, but maybe I should look at his method closer if in his best season, with everything going perfectly, he was second. Otherwise he's fourth or seventh usually.

“I'd tell him to leave me to go my way and to focus on his own and everything will be better, because when you have an angry Lorenzo it's usually worse for you.”

Responding in turn to Lorenzo's tirade, Dovizioso sought to play down the conflict.

“Jorge has his ideas and I think they are based on particular things. I don't think like him, but it's not a problem,” he told Movistar.

“Everybody creates their own ideas based on what they see and how they live.

“I don't think he has everything clear in his head about what's happened, but we continue the relationship that we started last year with respect, there's no particular problem.

“If he thinks this way, that's his problem." 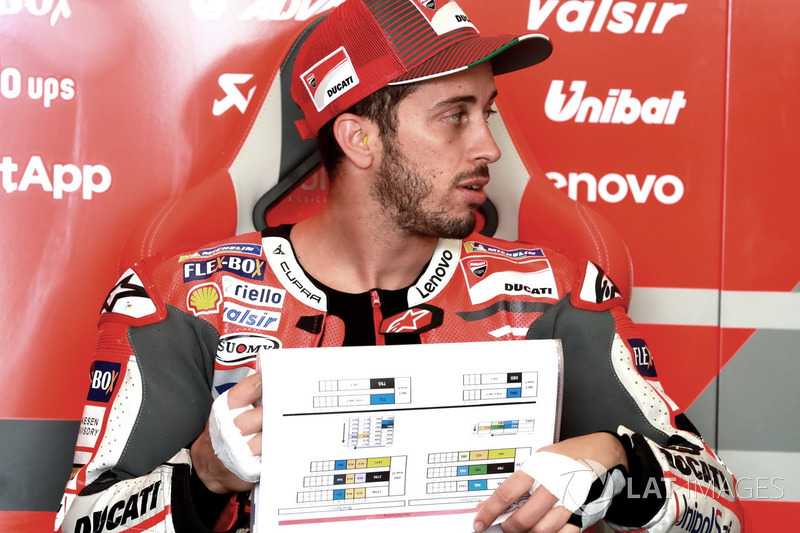