Lorenzo feels "closer than ever" to Honda breakthrough 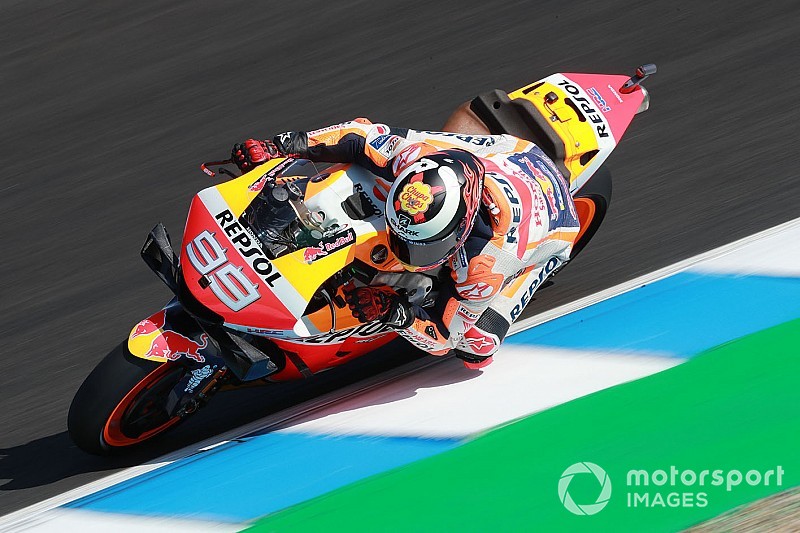 Jorge Lorenzo says he is “closer than ever” to making a breakthrough with his Honda MotoGP bike, despite being “frustrated and disappointed” at qualifying 11th at Jerez.

The three-time world champion, who counts Jerez among his stronger tracks on the MotoGP calendar, narrowly advanced to Q2 directly from practice but crashed on his decisive run.

He fell off at Turn 2 and, with no time left to return to the pits and grab his second bike, was consigned to a starting spot in the middle of the fourth row.

He suggested, however, that he had felt more in tune with the RC213V compared to a disappointing Friday showing.

“Probably the grip of the track [due to colder temperatures] helped me to feel better - but every time I'm discovering little things that give me the possibility to ride better the bike,” Lorenzo said.

“So when you ride better the bike, more smooth and more confident, finally the results will come. We just need to keep going and keep working. We are closer, we are closer than ever I think.”

Asked what would've been possible in qualifying without the crash, he said: “We will never know, but probably a third row, one row more, maximum second row, not more.

“Still today I wasn't prepared for fight for pole position or first row, we still miss something, but apart from the result that is not good I am not happy but satisfied about some progressions that I feel.

"I'm starting to ride a little bit more fluid with the bike, better, I start to understand certain things that will help me in the future.

“Frustrated and disappointed because always happen something - not something big, but some small details that avoid us to make the next step and for the moment we couldn't go to second row at least.”

Lorenzo's teammate Marc Marquez made up the front row behind the two Petronas Yamaha bikes of Fabio Quartararo and Franco Morbidelli.

Marquez admitted that he had been concerned about his chances heading into qualifying, which prompted him to make three runs in Q2.

“Today honestly I was a little bit afraid on the qualy because when it's cloudy this track is easier to be faster,” Marquez explained. “If tomorrow it's warmer then everything becomes more difficult.

“But I knew that a few riders with the soft rear tyre, they were really fast, for that reason I tried to use three [soft rear] tyres, but with the last one the front was too used.

“Apart from that I'm happy, we achieve our goal, that was the front row because here it was difficult overtake.

“I didn't expect honestly to have these two riders ahead of me, but they did incredible laptimes.” 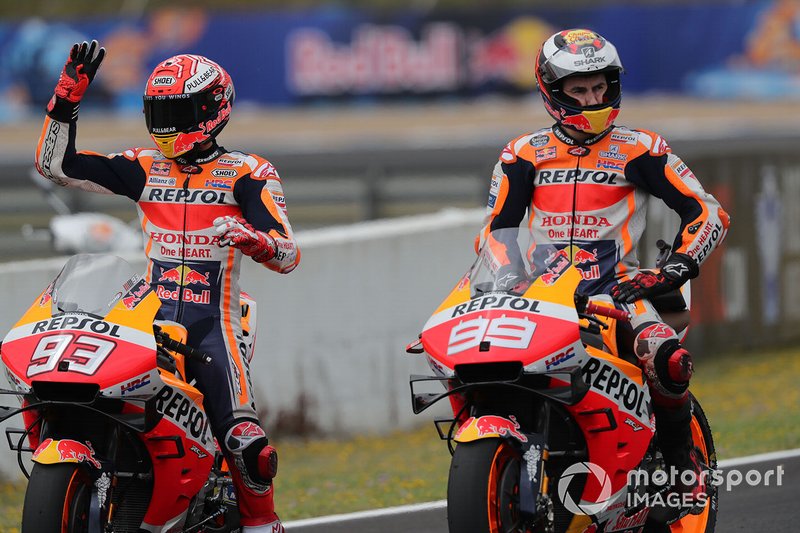