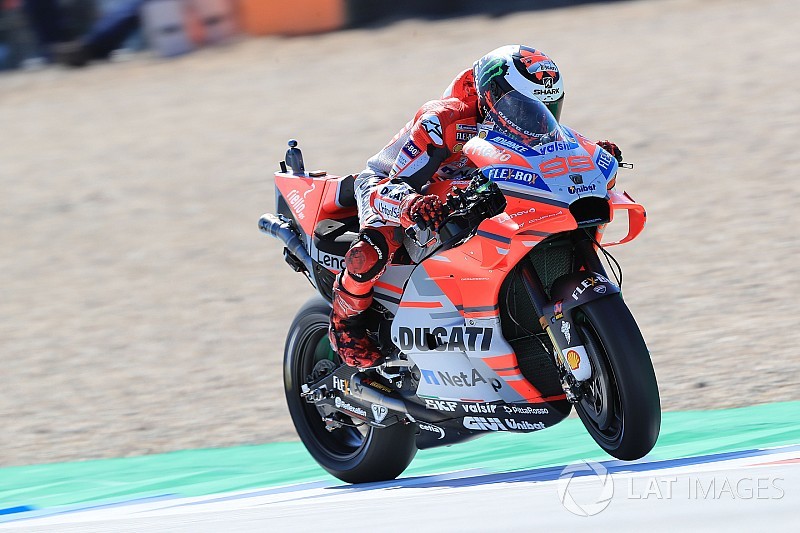 MotoGP form man Jorge Lorenzo says he is "one of the fastest" riders after Friday at Assen, apart from in the final sector of the track.

However the majority of the gap came from the final sector, where he lost 0.342s to Vinales and was only 17th in the field.

The final sector at Assen consists of fast corners such as Hoge Heide and the Ramshoek left-hander, as well as the slow Geert Timmer Bocht chicane.

"Apart from the last sector, I am one of the fastest riders," said Lorenzo, who only won at Assen once in his MotoGP career. "But in the last sector I lose three tenths or four tenths.

"If it wasn't [for the] last sector, I think would be much more on the top, but it's like that and we have to try to find a solution for tomorrow.

"I think we have some margin of improvement on the bike, to be faster."

Lorenzo said his issue is down to the "interpretation of the corners", and that he doesn't have the ideal way to tackle the two fast turns of the sector.

"I think it's an interpretation of the corners, how to do the corners in the best way," he said.

"Maybe I don't have the ideal interpretation of the speed in those two fast corners. I need to study it with the data and one thing is to understand the problem."

However Lorenzo added that it is difficult for a rider to deviate from his style, as well as ride a bike differently.

He said: "It's more difficult because you have your own style - but let's try, for sure, if we can improve the bike, we can improve in all sectors, but I have also to do work in my part, my side.

Lorenzo's teammate Andrea Dovizioso only lost 0.139s in sector four, but the Italian said that every Ducati rider is struggling there.

"I didn't check very well, but I think every Ducati rider has a limit there," said Dovizioso. "I think the change direction with high speed and fast left corner is not the best for us but I am not sure about that.

"For sure is one part of the track where we have to improve because the speed is there but we can't lose too much in one sector."

Yamaha less far ahead than feared at Assen