Jorge Lorenzo has admitted that his first MotoGP races with Honda are likely to be "difficult", despite making improvements on the second day of testing in Qatar.

Lorenzo was only 21st on the opening day of the Qatar test, the three-time MotoGP champion saying he was still "very far" from feeling comfortable on his new RC213V bike.

He moved up to 18th on Sunday, improving his laptime by 1.3s and almost halving the deficit to the lead rider.

Lorenzo said he made a step forward regarding his comfort on the bike, but added that he is far from feeling perfect, and reckons the first few races of the season are likely to be tough.

"Today we improved the ergonomics of the bike," said Lorenzo, who is still recovering from breaking his wrist in a training crash last month.

"We still have some way to go to feel perfect on the bike, but I feel better. I get less tired. At the end of the day the wrist was still painful so I need to stop before and do not so many laps in the last hour.

"But apart from that I feel better physically and we improved the bike because we worked on some set-ups. In terms of feeling, working on the bike, big step."

He added: "The position is not fantastic but the important thing is we reduced the gap to the fastest one.

"We don’t have so much time, just one day [left] of the winter. Maybe the first races will be difficult, but little by little, with patience, we will get there."

Lorenzo revealed that he's been able to check the data of his teammate Marc Marquez and also LCR Honda's Cal Crutchlow, and that he is "worse in almost everything" for the moment.

He said: "All the days you check [the data], not only Marc but also Crutchlow. A lot of difference.

"He knows how to ride this bike and he rides it very well. For the moment, I am worse in almost everything, so little by little I will get closer.

"It’s completely different [riding style] to my last [bike]. You need to ride differently. Hopefully it will be better for my riding, we will see in the future." 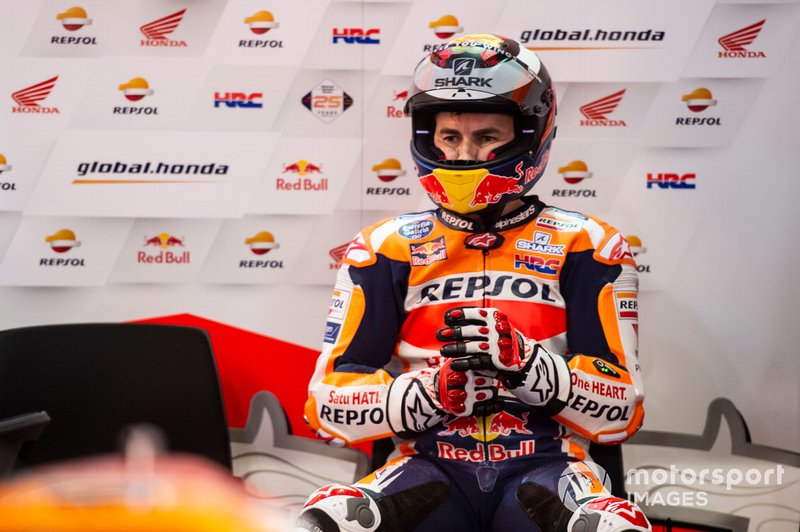