Jorge Lorenzo says he "found something" in the latter stages of Sunday's Japanese Grand Prix, which he described as his best MotoGP outing since his return from injury.

For the third race in succession, Lorenzo finished outside the points at Motegi, ending up 17th and 40 seconds behind race-winning teammate Marc Marquez.

Earlier in the weekend, the three-time premier class champion described Friday's second practice session as his best since the Assen practice crash that forced him to miss four races in the middle of the season, boosted by switching back to a previous chassis.

Speaking post-race, Lorenzo likewise described the Japanese GP as his strongest outing of the second half of the campaign, and plans to keep using the same frame in this weekend's Australian round at Phillip Island.

"Since Assen, this was my best race with Honda," he said. "In the second part of the race I started to play with the bike, to brake better.

"We found something that made me more comfortable on the bike, but it was a shame that I only felt those feelings towards the end of the race.

"In the last 10 laps I was 1.2s [a lap slower than] Marquez. The difference is still high, but the aim must be to have good feelings right from the start of the race.

"We need to understand things ahead of next year, to try to make the bike more suited to my needs and my style. In general I have seen improvements.

"The data needs to be checked again, but I think I will also use this chassis at Phillip Island to see what happens on Friday."

Despite Lorenzo's difficulties, Honda has publicly stood by its struggling rider, with team boss Alberto Puig categorically stating that Johann Zarco's performance on the LCR Honda in the final three races of 2019 will have no bearing on Lorenzo's future.

The Spaniard admitted that his poor form would have warranted harsher treatment from Honda than the Japanese manufacturer has demonstrated.

"Honda could have [shown] another kind of behaviour, because the results are bad," said Lorenzo. "All the Honda managers have been understanding and patient with me, both in public and in private. All I can do is thank them."

While reiterating his desire to see out his two-year HRC contract, Lorenzo expressed doubts that Honda can create a bike suited both to himself and Marquez.

"If until now I have not been able to do better, it has not been for a lack of effort," he said. "The Honda is the bike that is furthest away from my riding style.

"I know that they are working to solve the problems in the corners. But I don't know if it's possible for Honda to make a bike that works for Marc and one that works for me.

"If in the future the bike will be better, more complete and can allow all the riders who ride it to be good, it will be good for everyone." 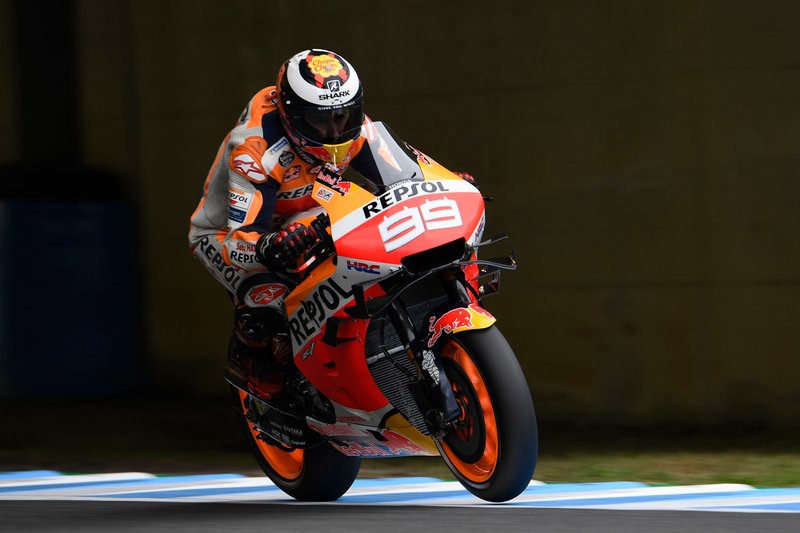