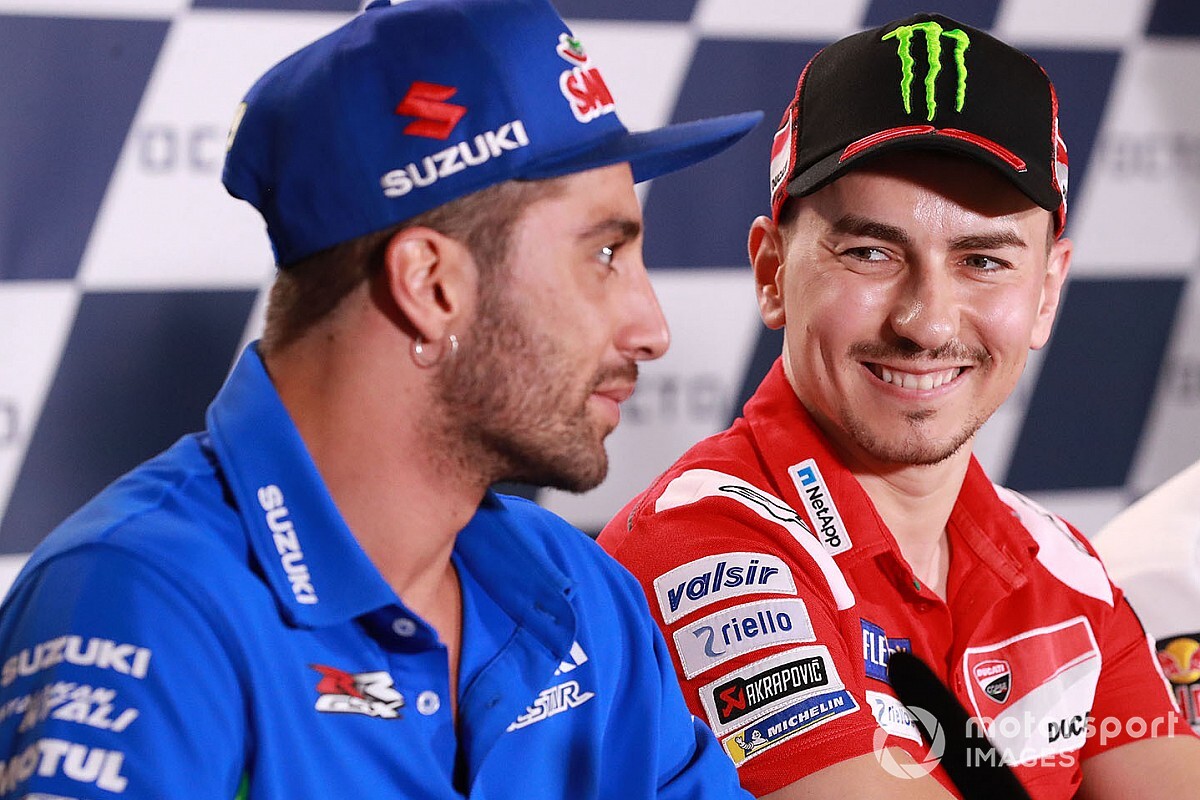 Three-time MotoGP champion Jorge Lorenzo says he has been "convinced" of Andrea Iannone's innocence amid the Italian's 18-month suspension for doping.

Aprilia rider Iannone was handed the ban by the FIM after testing positive for an anabolic steroid late last year, but the 30-year-old has always insisted he was not at fault and has pledged to fight the ruling in the Court for Arbitration of Sport (CAS).

March's FIM disciplinary hearing concluded that that Iannone had failed the drugs test after consuming contaminated meat, but that he could not be fully acquitted.

On Tuesday, Lorenzo uploaded a picture of himself and Iannone together in Lugano, Switzerland to his Instagram account, and wrote that he believes that the Italian is fundamentally innocent.

"Yesterday [Monday] we went for a walk on the lake and chatted for a while," the post read. "We laugh remembering some anecdotes and I also asked him about his issue.

"He is the only one who knows the truth, but when I was listening to him I saw him serene and his arguments convinced me. Like everyone, surely Andrea has made mistakes in the past, but I think this time the 'mistake' was not voluntary.

"So I hope and I wish that sooner than later he’ll be considered free to practice what he does best. In the end, you may like his 'character' or not but it is clear that the boy has talent and speed. And as I said yesterday: 'Talent is neither bought nor forgotten.'"

In a recent interview with Motosprint, Iannone revealed that Lorenzo and Maverick Vinales had been the only riders to get in touch with him in the wake of his ban being confirmed.

"I can assure you that in the Safety Commission, when we go back racing, I will be the first to raise the issue and ask for a change to the rules, because it is an issue that needs to be addressed," said the Aprilia man.

"And I say this for the good of all and with the other riders in mind."