MotoGP riders will continue to push for an earlier start time for the opening race of the season in Qatar, believing a change would make for “a better show” and “much less” risk. 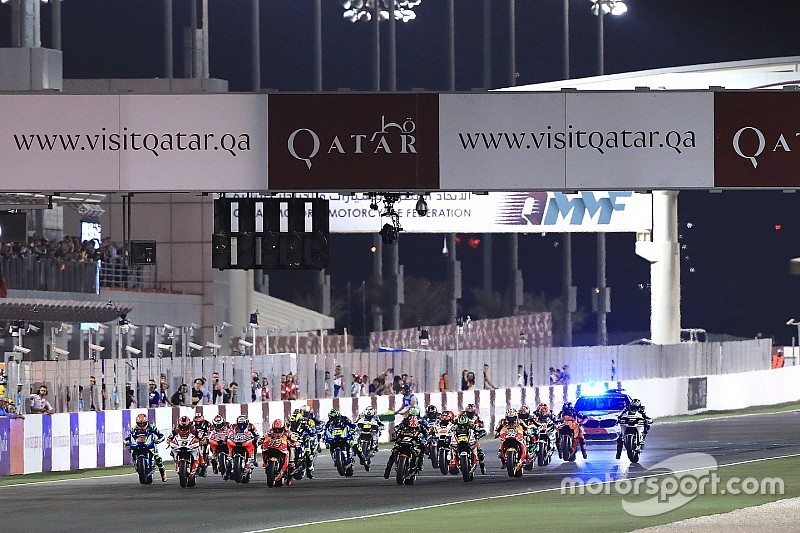 The race at the Losail International Circuit is set to kick off at 8pm local time, an hour later than last year, but riders remain concerned about track conditions at that point in the day, following a spate of evening crashes in pre-season testing at the venue.

Series organisers were known to be evaluating a change to the timetable after Jorge Lorenzo lobbied Dorna CEO Carmelo Ezpeleta, but in the end the schedule remained provisionally unaltered.

However, the door was left open for tweaks to be made during the weekend, and on Thursday Lorenzo renewed calls to bring the race forward.

Asked about his lack of race simulation practice in pre-season testing, Lorenzo explained: “During the test I did a half [race run], my plan was to do 10 laps, but the temperature dropped a lot and also the humidity, going quite smooth I crashed at Turn 2.

“Hopefully the race will get [moved] early on Sunday.

“For sure I will try to speak tomorrow in the Safety Commission because at 8 o’clock, drops dramatically the temperature and also the humidity is quite dangerous.”

“Last year we raced at 7 and it was a really good race,” he said. “The temperature and humidity was fine. I prefer to race at 7. Less risky, and for the show it will be better”.

Yamaha riders Valentino Rossi and Maverick Vinales both agreed that the switch would be preferable and “more safe”.

“We have to discuss for sure in the Safety Commission, but anyway like the other riders say, finally at 7 the risk is much less, and for sure the grip on the track will be much better and we can push much more,” Vinales said.

“For sure will be a better show, but anyway we have to discuss tomorrow and see what we can do.”

Finally, Ducati's Andrea Dovizioso – the winner in Qatar last year – was more reserved than the Honda and Yamaha riders, but still leaned towards an earlier start.

“The point is every day the conditions are different. Sometimes the humidity starts very early, sometimes no. Maybe it’s better to take a decision early and race a bit before, I don’t know,” he said.

Dovizioso also expressed his frustration at the format of the weekend, under which two practice sessions and the Sunday morning warm-up are held in daytime conditions, which are not representative for qualifying and the race.

“The point is during the day already we make two practices, this is bad, because it’s not very good to prepare the race. But this is the condition we find here.”