Lorenzo on top in post-race test at Jerez 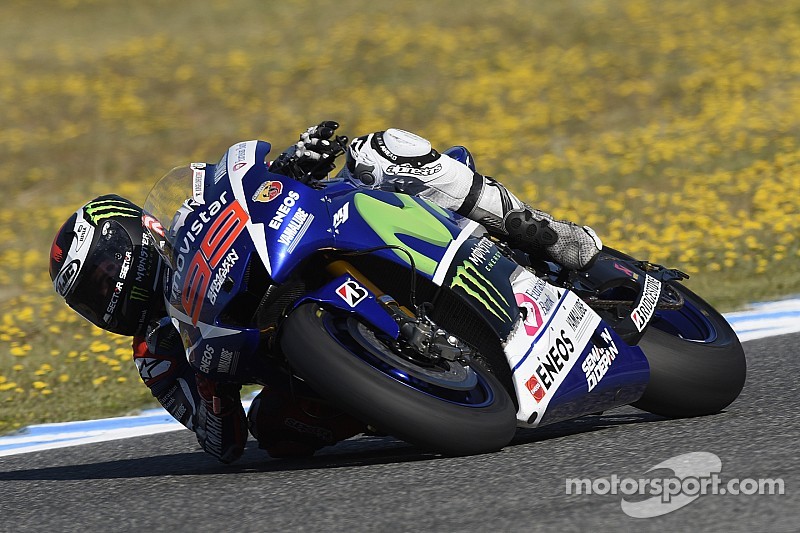 The Yamaha rider, who took a dominant first win of the season on Sunday, set the pace with a best time of 1:38.508, outpacing teammate and championship leader Valentino Rossi by 0.042 seconds.

Lorenzo, celebrating his 28th birthday today, focused on improving the set-up of his YZR-M1.

"Today we tested as usual here in Jerez, but we were only focused on different set-ups with the bike," he said.

"We had nothing special to test, but we fixed the basis of the bike for the future. I think we found out how we can take profit of some adjustments, so we are quite confident for the next grand prix."

LCR Honda's Cal Crutchlow finished in third, ahead of Aleix Espargaro on the quickest of the Suzukis.

World champion Marquez completed the top five despite testing for only two hours, as he continues to recover from his injury.

The Spaniard tested a new swingarm HRC brought from Japan, and was pleased with his day despite finishing early.

"I'm happy with the work we have done today," he said. "I put in a few laps, as we had planned, basically just to test out a swingarm.

"Honda wanted us to analyse it to find out if we could use it in the coming races, to see where we can improve and which direction to continue working in.

"We have drawn some very positive conclusions that have allowed us to improve in some aspects today, and we have obtained a lot of information for further development with things that have been a little bit more difficult, for example the last stage of corner entry and particularly our starts."

Ducati was the only team absent from the test, opting to run privately at Mugello instead.