Jorge Lorenzo will not take part in the opening test of the 2019 MotoGP season at Sepang following surgery on his broken left wrist, his Repsol Honda MotoGP team has announced. 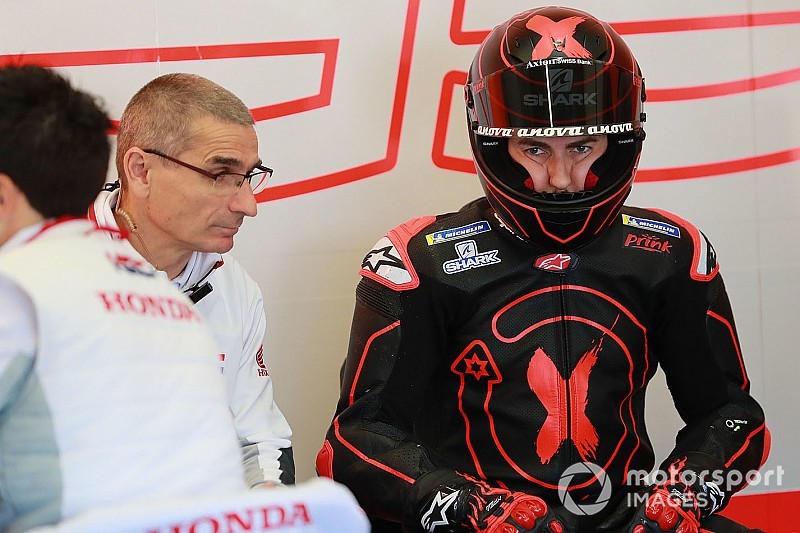 Honda revealed on Sunday that Lorenzo would require the operation following a visit to hospital in Verona on Saturday, having sustaining a fractured scaphoid in a training accident.

The surgery took place on Monday, with a brief Honda statement saying Lorenzo chose to have a "titanium screw inserted via a minimally invasive technique".

It added the Spaniard will remain in hospital under observation for a further 24 hours, and will not travel to Malaysia to take part in the first pre-season test on February 6-8 in order to focus fully on his recovery.

Lorenzo is however still due to make his first official appearance as a Honda MotoGP rider on Wednesday, when he is unveiled alongside Marc Marquez at the Repsol Honda team launch.

As well as Marquez, Honda will be represented in Sepang by LCR pair Cal Crutchlow and Takaaki Nakagami and official test rider Stefan Bradl.

Lorenzo will aim to return for the second pre-season test at Qatar on February 23-25 ahead of the 2019 season opener at the same venue on March 10.