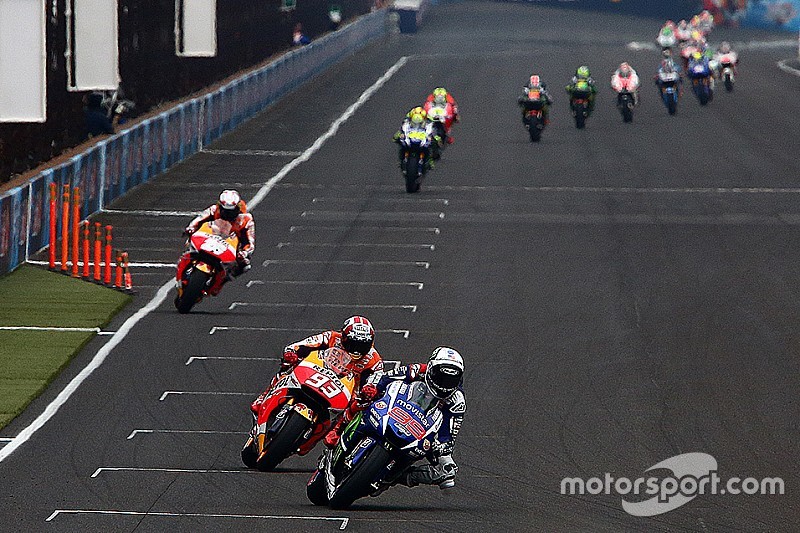 Yamaha’s Jorge Lorenzo has admitted that the relentless onslaught of pace from Indianapolis MotoGP winner Marc Marquez completely drained his defences by the time his rival overtook him towards the end of the race.

Lorenzo, who finished second behind Marquez to reduce his teammate Valentino Rossi’s championship lead by four points to nine, conceded after the race that he didn’t have the energy to fight back when Honda's reigning world champion passed him with three laps to go.

Both Lorenzo and Marquez had crashed at high speed in the pre-race warm-up session, proving how hard they were going to push in the race itself.

“My strong point is the concentration, you know, when I am leading,” said Lorenzo. “I can keep the same pace more or less the entire race, a very fast pace with no mistakes, when I have a bit of space.

“When I have someone in front, for me it is more difficult. It’s harder to understand where I have to brake, for me it’s difficult to keep the same pace as before.

“I pushed so much during the race that I lose quite a bit of [my] energy. I didn’t have so much energy to stay fresh and fight with him.

“I’d ridden very strong through all the race, in the change of direction I used a lot of energy, and I didn’t have it at the end. But this has always been a good track for Honda, so to finish just behind Marc is very important.”