Lorenzo: Rossi copied me when he returned to Yamaha

Jorge Lorenzo has accused former MotoGP teammate Valentino Rossi of copying him when the Italian returned to Yamaha in 2013 in his latest book.

In his new book, titled What I Learned Before 30, Lorenzo recalls his experiences when he was reunited with Rossi at Yamaha after the latter's dismal two-year stint with Ducati in 2011-12.

The Spaniard, who joined Ducati himself last year, said he felt Yamaha sporting director Massimo Meregalli was transferring information from his own side of the garage to Rossi's.

"I decided to talk to Maio [Meregalli]," wrote Lorenzo. "I could accept that they copied the settings before each race, but that was too much.

"I decided that he stopped attending the technical briefings after qualifying.

"I suspected that Meregalli was passing all the information to Rossi's team. He didn't like it."

Meregalli caused controversy earlier this year when he suggested that Rossi's input was more valuable to developing the Yamaha than that of teammate Maverick Vinales.

Lorenzo also said that Rossi copied his training routine at Yamaha's Gerno di Lesmo base after meeting his trainer, whom he subsequently decided to dismiss.

"Rossi had just returned to Yamaha, which was interested in improving his results," he recalled.

"I found out that my physical trainer [Antonio Casciani] had met with Rossi and his trainer in Tavullia. He must have explained to them the way I trained. I decided to dismiss Antonio.

"Valentino had started to train with the same bikes that I used in Gerno, carrying out similar programmes. By coincidence or not, he started to be more competitive." 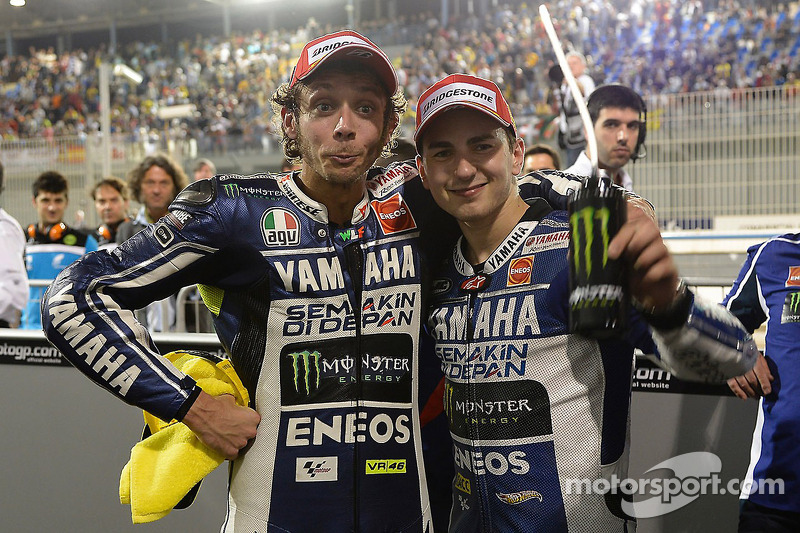