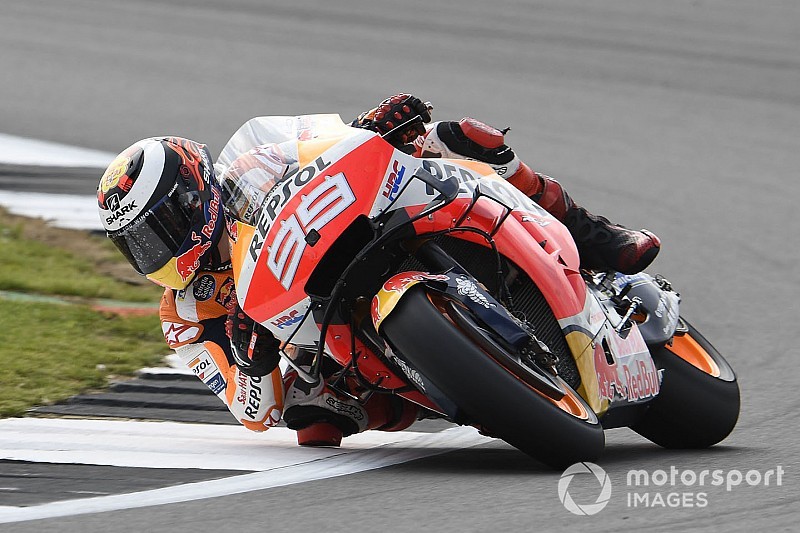 Jorge Lorenzo admits he is not pushing on his return to MotoGP action at Silverstone, as he is still in pain from the injuries that forced him to miss four races.

The Repsol Honda rider ended up 21st-fastest during Friday practice for this weekend's British Grand Prix, some 3.7 seconds off the pace established by Fabio Quartararo.

Lorenzo was forced to miss the Dutch TT at Assen after sustaining a fractured vertebra in a high-speed crash during practice, and then missed the subsequent German, Czech and Austrian rounds.

Speaking after FP2 at Silverstone, the Spaniard admitted was having problems "almost everywhere" on the track and that his performance was more or less in line with his expectations, given the pain he is still experiencing in his neck and his back.

"Obviously it has been a tough day, you don’t feel very comfortable when you are last like I was this morning, or almost last," said Lorenzo. "But it’s the situation we have now.

"My back is not healed completely and I have pain after the two practices. I lost a lot of muscle mass and my physical condition is not used to MotoGP, because these two months without [riding] bikes.

"Little by little I need to be patient to go through these races. I think in the Misano test I will be a little bit better, but especially in the Misano race I will be able to push more, especially on braking, and to be closer to acceptable laptimes.

"Now it’s really difficult to do it and I need to have the patience to not push more than I can."

Asked by Motorsport.com if he felt in hindsight Silverstone was the right place to attempt a comeback, he replied: "To delay more my comeback would have been very difficult for everything.

"Obviously if I waited one or two more races, my injury would be completely healed, probably, but also losing more reflexes, muscles, habits on the bike. So I think it was the right time to come back."

Lorenzo also admitted that the "fear" of having another crash similar to the one he suffered at Assen was weighing on his mind as he rode.

"Now more than ever I don’t want to crash, and I don’t want to have a similar crash to the one I had in Assen, because it could make very easy another break in the same zone of my body, and could be a disaster," he said.

"When I will feel that my back is completely healed, obviously I will ride more relaxed and I hope as good as the other years… now I have the fear of crashing now until I am completely healed." 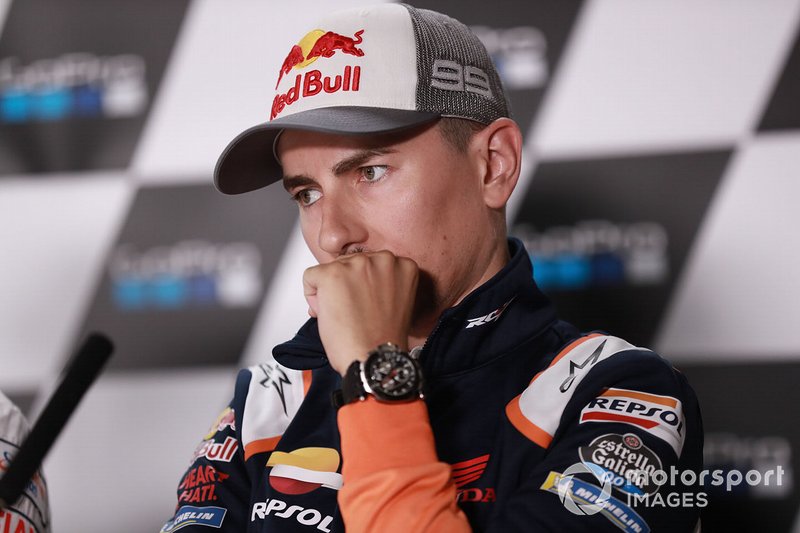