Lorenzo retired from MotoGP at the end of last year following a miserable sole campaign on the works Honda, though signed with Yamaha in the winter to become its official test rider.

The three-time premier class champion was due to make a wildcard appearance on the M1 at the Catalan Grand Prix before it was postponed by the coronavirus pandemic.

During the opening pre-season test of the year in Malaysia – where Lorenzo rode the 2019-spec M1 on the last day – he admitted a full-time return was slightly more likely, though he insisted he was still 98 percent convinced of his retirement, and more recently he claimed that he "wouldn't be short of offers" if he decided to reverse his decision.

However, in an interview given to Italian newspaper Gazzetta dello Sport, Jarvis said he wasn't sure how feasible a comeback for Lorenzo would be.

"It could be another solution for Petronas [SRT] or others, he only has a one-year contract with us," said Jarvis. "The test in Sepang helped him rediscover the Yamaha and certain reflexes.

"He too is now confused: it becomes difficult to decide whether to race again without being able to ride on track. He was supposed to do the wildcard in Barcelona, now we don't even know if they will be allowed this season."

Valentino Rossi suggested during the Sepang test in February that former teammate Lorenzo could make a comeback in 2021 if he so chose, and re-iterated that view in a recent social media interview organised by Yamaha.

Rossi has lost his place with the factory Yamaha team for 2021, but has been guaranteed full works support should he wish to continue, something he has indicated is likely.

In recent months, rumours have swirled of a potential Petronas dream team featuring Rossi and Lorenzo as teammates for the third time in their careers.

Asked about this possibility, Rossi said: “I think that Franco [Morbidelli, current Petronas rider] is not very happy [about that idea]. This is a big problem because Franco last year was good, but [Fabio] Quartararo was better.

“But during the winter tests Franco was very fast, so I think he will give the maximum to keep one place in that team. So, I don’t know what Lorenzo will decide, and maybe Yamaha have to field five bikes!” 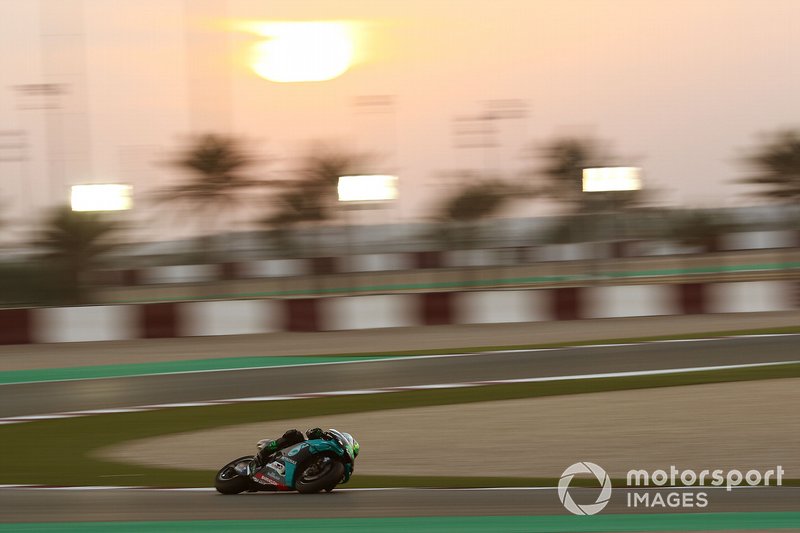 Jarvis played down the prospect of Rossi and Lorenzo being teammates at Petronas, given the team's preference to run younger riders.

"It would be interesting, also because I wouldn't have to manage them," he quipped of the prospect. "But I think it's unlikely; the main goal of Petronas is to develop the next generation.

"And I like Morbidelli very much. He's on the shopping list of other manufacturers, but I hope he stays with us."

Merhi replaces Boschung at Campos for Austria F2 round