Retired MotoGP world champion Jorge Lorenzo will return to Yamaha in 2020 after agreeing a deal to become its official test rider.

Lorenzo won all three of his MotoGP titles with Yamaha, with whom he made his debut in 2008 and remained for nine years until ’16, before departing for Ducati and then making an ill-fated move to Honda last season.

Struggling to adapt to the RC213V, an injury-hit Lorenzo opted to call time on his career at the end of the year, having become demotivated during his barren spell on the Honda.

Motorsport.com reported in the winter that Lorenzo had been offered a deal by Yamaha, with official confirmation coming on Thursday.

The three-time champion will make his return to the M1 bike in the shakedown test at Sepang on February 2-4, and will have a programme comprised of official and private testing over the rest of the campaign.

“When we knew that Jorge would stop his active racing career, we immediately started to consider making a proposal for him to join us," Yamaha director Lin Jarvis said.

"The statistics of his achievements with us in those nine years together speak for themselves. He is a vastly experienced MotoGP rider, who is closely familiar with the M1 and the people at Yamaha.

"We have come to know Jorge as a very precise and motivated rider, with flawless consistency and good technical insight: all the qualities you need in a test rider at this high level."

Lorenzo follows in the footsteps of the likes of Dani Pedrosa and Casey Stoner, who moved into high-profiled test roles with KTM and Honda/Ducati respectively.

Yamaha has overhauled its test team for 2020, having split it into a Japanese and European team last year, with former Tech 3 rider Jonas Folger helming the latter.

The Japanese marque will now operate a unified test team operation, with the Japanese test team of Kohta Nozane and Katsuyuki Nakasuga carrying out programmes across the globe alongside Lorenzo.

Check out our MotoGP podcast...

Lorenzo will work closely with former Valentino Rossi crew chief Silvano Galbusera, who looked set to work with Johann Zarco as Yamaha test rider before he went to LCR for the final three races of 2019.

"I was always planning on staying involved in MotoGP and returning to the paddock, and I think this is a suitable role for me," Lorenzo said.

"I know the team and the M1 well. The Yamaha really suited my riding style, and it will be very interesting to ’meet up with my old bike again‘.

"I want to thank Yamaha for this opportunity, because this allows me to do what I love – riding motorbikes and pushing the limit – whilst enjoying a slightly calmer lifestyle than I did in previous years."

Yamaha announced on Wednesday that Fabio Quartararo will join Maverick Vinales in its factory team for 2021-22, replacing Rossi. 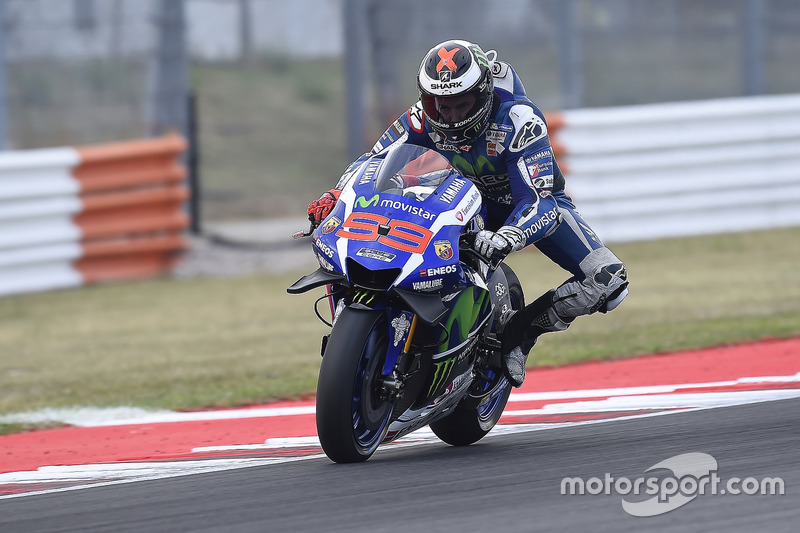