Lowes on MotoGP debut: "I didn't do a good job" 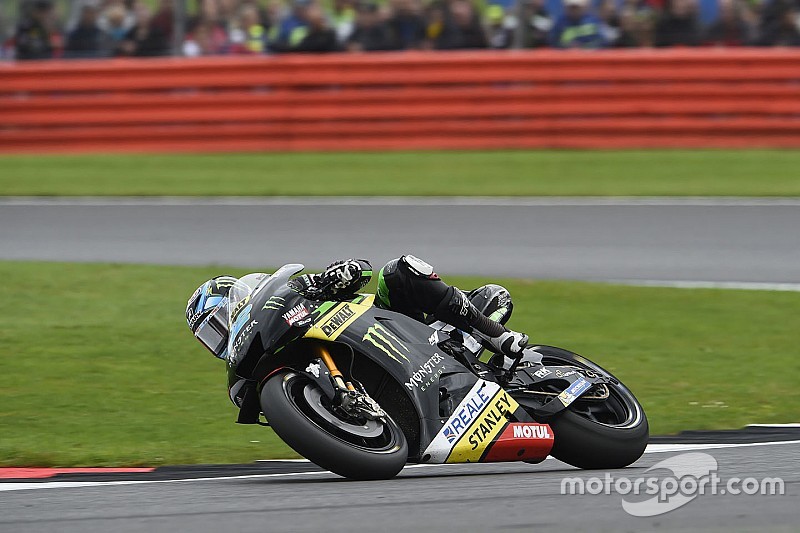 Alex Lowes was not satisfied with his first-ever MotoGP race at Silverstone, but admitted it was mainly down to lack of mileage with the bike.

Lowes made his MotoGP debut at his home Grand Prix, having replaced the injured Bradley Smith at Tech 3 Yamaha.

He won plaudits for finishing the 19-lap race in 13th, scoring three points as a result, but the 25-year-old didn't rate his own performance highly.

"Honestly I didn't feel very good, I struggled to use a full-fuel tank for the first time and then I really struggled to find some confidence in the middle part of the race," said Lowes.

"In the end of the race I was trying to understand how to ride, because it was the first time I was riding for more than four laps in a row.

"It didn't feel like I really did a good job, but to be 40 seconds from the [winner] for the first time in a race is not too bad.

"Honestly I didn't feel good, so I'm a bit negative, but in the end I took some points and that was my goal."

Lowes will continue standing in for Smith in the next round at Misano, for which he set the aim of getting closer to the front.

"I was 40 seconds from the top guys in the world," he added. "Next week, if I will be a little bit closer, it will be alright.

"Now I can finally give the guys actually distinct [feedback], because before today the practice sessions we've had haven't been in ideal conditions either.

"I've not been really 100 percent confident in what I'm saying is right, I didn't know and then we actually went in the race with a set-up I was going to try in FP4, so it wasn't even a bike I rode."

Analysis: How Honda is trying to rescue Pedrosa

Schwantz: Silverstone win could cause Vinales to doubt Yamaha switch