Lowes to continue with Tech 3 at Aragon 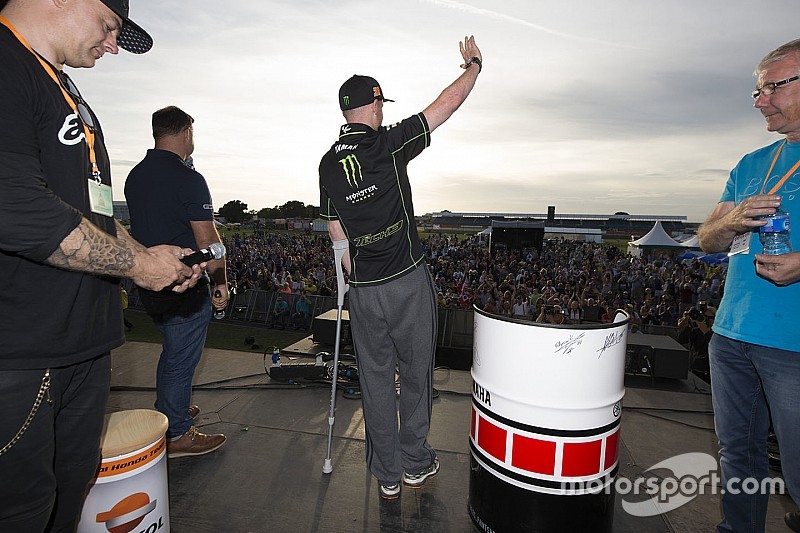 Alex Lowes will remain in MotoGP for another race, as Bradley Smith will not recover in time to take part in the championship's next round at Aragon.

Smith was injured in the 8h Oschersleben endurance race after a rival ran over his leg, resulting in an open wound.

The Briton was forced to skip the past two rounds at Silverstone and Misano and underwent surgery last Wednesday.

Still recovering, Smith now hopes to take part in the last four races of the season, starting with Motegi.

Smith's replacement Lowes - Yamaha's factory Superbikes rider and brother of Moto2 frontrunner Sam - made his MotoGP debut at Silverstone last week with a 13th place but failed to finish at Misano, crashing on Lap 8.

"I'm not quite sure what happened," he told BT Sport. "I just lost the front without much warning.

"Riding in the heat, maybe there's less front grip. Maybe I just wasn't forcing the tyre enough. With these tyres it looks like you have to keep the load in them all the time.

"Every weekend I'm learning. I've got the opportunity to enjoy these races, I've learnt a lot. A fantastic weekend, but I'm more upset for the team more than anything for the result. It was a step better than Silverstone, that was the goal."