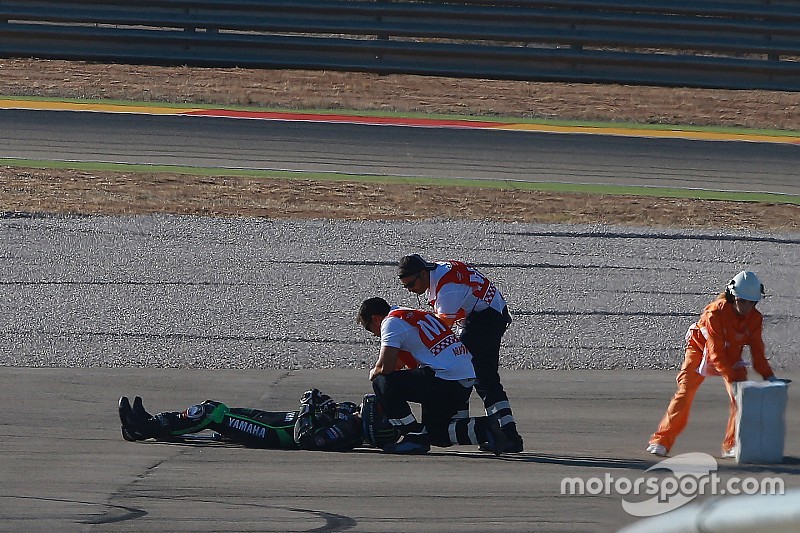 Alex Lowes will not compete in the Aragon Grand Prix after suffering a foot injury due to a crash during Saturday's third practice session.

The Tech 3 Yamaha rider suffered a fall in FP3 and has been 'declared unfit for Aragon GP due to foot contusion'.

The World Superbike rider, who came as a replacement to injured Bradley Smith did not take part in qualifying with a swollen left foot.

After checking with doctors on Saturday in Aragon, Tech 3 said of Lowes' condition: "He has been diagnosed with hematoma and significant swelling in his left foot which has caused a lack of sensation."

It likely marks the end of Lowes' MotoGP stint as the next round of the MotoGP calendar at Motegi clashes with the Jerez World Superbike round.

Tech 3 will therefore have to find an alternative replacement for Smith, who has been out of action since suffering a leg injury at the Oschersleben 8 Hours, if he is still not fit for the Japanese round.