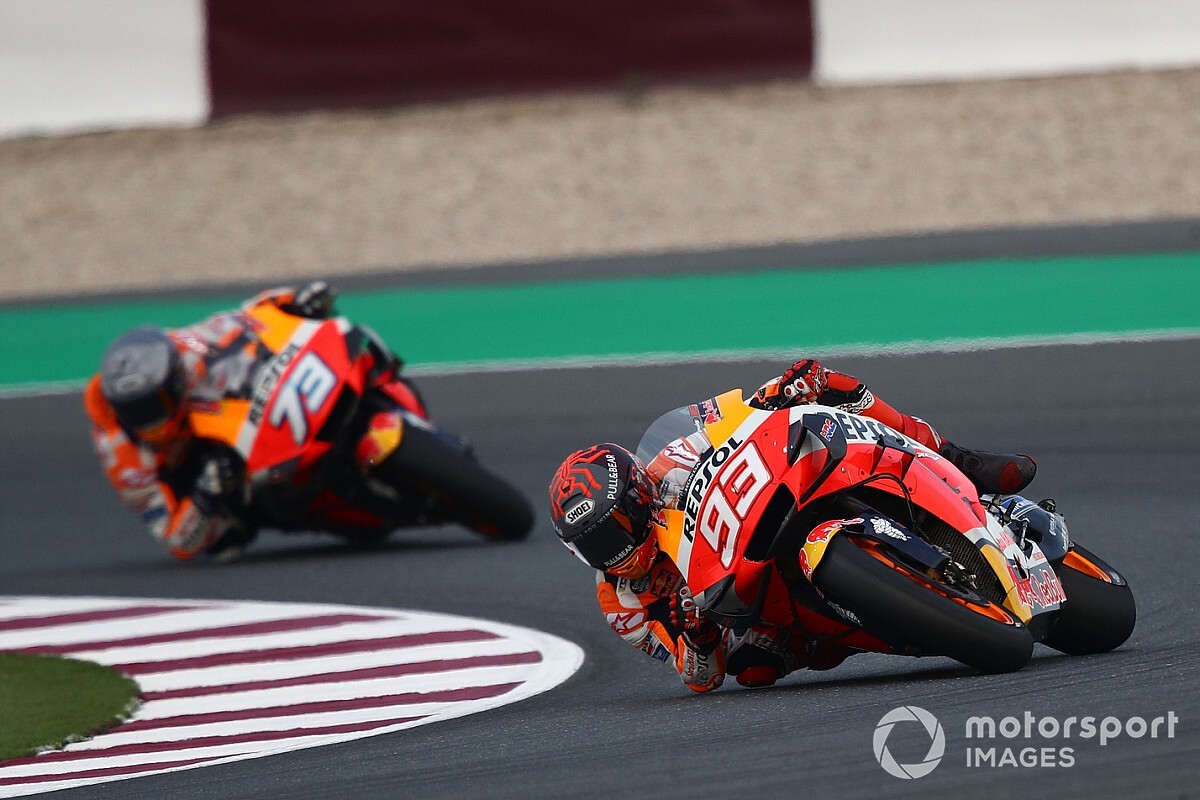 Marc Marquez says his younger brother and Repsol Honda MotoGP teammate Alex must "earn" a contract renewal and will not "impose" his preference on the Japanese manufacturer.

Reigning Moto2 champion Alex was signed to replace the retiring Jorge Lorenzo at the factory Honda outfit for 2020, joining his elder brother for his debut premier-class season.

Prior to the most recent pre-season in Qatar, Honda announced it had signed a four-year contract extension with Marc, keeping the Spaniard in its fold until the end of 2024.

Although it's widely assumed that Alex will likewise be granted a contract extension by Honda, Marc made it clear he feels that such an outcome is entirely dependent on his brother's results, and won't be a result of any intervention on his part.

"At no point does the contract touch on the subject of the teammate," said the older Marquez brother during a press conference in Madrid on Thursday.

"I have never vetoed anyone, I did not veto last year the arrival of Jorge Lorenzo, nor will I impose on [Honda] my brother or anyone else.

"If Alex wants to stay with Honda he will have to earn it himself; if he doesn't, another teammate will come to the team.

"Alex is old enough to make his own career. I'm focusing on my own."

Marquez also took the opportunity to reiterate his reasoning for signing such a lengthy deal, something he says was proposed by Honda and bucks the well-established trend in MotoGP for factory riders to sign two-year contracts.

"The motivation for signing such a long-term contract was to look for a winning project like the one we have now," said the six-time MotoGP champion.

"On both sides we were looking for continuity in the present moment, the proposal came from Honda and my priority was to stay with this team. I feel at home here, and you have to look for happiness without forgetting what the objective is.

"There is no better project than this one for the next five years, Honda will give 100 percent and I will do it too, without distractions from both sides."