Marc Marquez admits the crash which wrecked his 2020 MotoGP Honda prototype on the first day of the Valencia test was “strange”, but doesn’t believe there was a mechanical issue.

Marquez was on an out-lap on the new RC213V prototype when he was flicked from his bike heading into the Turn 13 right-hander on Tuesday afternoon, which brought out a red flag. The world champion walked away, but was unable to ride the ’20 bike for the rest of the day and had to complete the session on the ’19 version – which he finished fifth on.

“The bike was destroyed, and I saw there were some pieces there [in the gravel] and just I picked up everything and put it there with the fuel tank,” he said when asked why he was picking up debris. “It was a very strange crash. I was going out from the box slowly but just when I shifted up the gear I fly [from the bike].

“Was just with the prototype bike, still a few things to understand, was not any mechanical problem. But sometimes when you try new things, you don’t expect those kinds of reactions and it was a very strange crash.

“Lucky for us it was not a big issue on the body side and will also not change the plan for tomorrow, which was important to keep testing in the same way.”

Marquez’s crash came a few hours after his rookie brother and 2020 team-mate Alex fell from his ’19-spec Honda at the Turn 10 right-hander.

Alex also destroyed his bike in his “rookie mistake”, though Honda and the LCR team is operating with this week were able to repair it and get him back out later in the session.

“It’s not the best way to start, for sure,” said Alex, who was 2.7s off the pace in last on Tuesday. “I said ‘it cannot be possible!’ But, in the end, it was a rookie mistake, it can happen. Alberto [Puig, Honda team boss] already said to me ‘if you crash, don’t worry, we’re here for that and the most important thing is to learn, to find the limits of the bike and to keep growing like a rider’.

“Compared to Moto2, there are a lot of things to learn and I will try my best from the first day [of testing] to Qatar to learn everything before the first race.”

When asked what he thought when he saw his brother in the gravel, Marc replied: “When I saw him, [I thought] he started too early [in the day]. There was maybe three, four riders on the track and I said ‘he doesn’t know what is Michelin and a MotoGP bike in the cold’.

“When you don’t have the experience you feel like you can go [fast straight away]. Michelin is working really good, because they bring very soft tyres, but when it’s very cold it’s very different and this morning it was extremely cold.

“Unlucky for him because when you crash for the first time you lose a lot of confidence.”

He added: “Everybody knows MotoGP is difficult, even they understand Honda is difficult and just he needs to step-by-step find his way.”

Though Alex is riding with LCR in Valencia, he confirmed he will ride in Repsol colours in next week’s Jerez test. 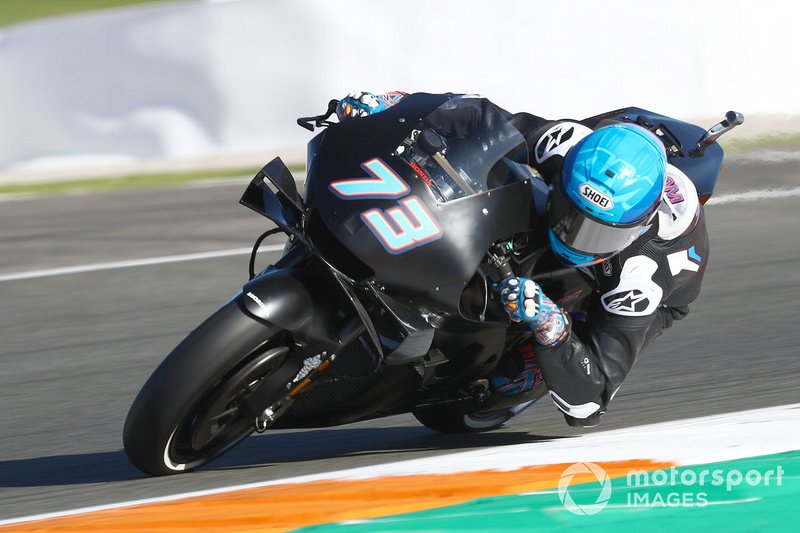